GOD HAS BANNISHED SATAN FROM THE TOWN OF INGLIS FLORIDA Residents of Inglis, Fla., can sleep easier at night: By official proclamation of the mayor, Satan is officially banished from the community.

Mayor Carolyn Risher wrote the proclamation which reads: "Be it known from this day forward that Satan, ruler of darkness, giver of evil, destroyer of what is good and just, is not now, nor ever again will be, a part of this town of Inglis. Satan is hereby declared powerless, no longer ruling over, nor influencing, our citizens."

The proclamation goes on to say, "The body of Jesus Christ, those citizens cleansed by the Blood of the Lamb, hereby join together to bind the forces of evil in the Holy Name of Jesus. We have taken our town back for the Kingdom of God.... As blood-bought children of God, we exercise our authority over the devil in Jesus' name. By that authority, and through His Blessed Name, we command all satanic and demonic forces to cease their activities and depart the town of Inglis."

Mayor Richer printed the proclamation on town letterhead and made five copies. She posted one in her office alongside pictures of Elvis Presley and a painting of the Last Supper. The others were stuffed into hollowed-out fence posts at the entrances to town. On the fence posts are painted the words "Repent," "Request" and "Resist."

All of you sinners out there, especially the God-hating, muslim-loving, anarchist boot-lickers of Australia, TAKE HEED! Bannish Satan from your town like we have, or else...

Adversity is sometimes hard upon a man; but for one man who can stand prosperity, there are a hundred that will stand adversity. 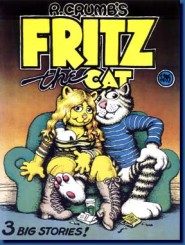 Don't knock on the door. No one's at home.

From the Horse's Mouth