TERRORISM! THE U.S. GIFT TO THE WORLD THAT JUST KEEPS ON GIVING!

Newz for the memory impaired by Max Gross

So Australia's steamed prime sinister Tony LIAR Abbott reckons cutting someone's head off is barbaric. But apparently blowing to bits children playing on a Gaza beach is the peak of civilised behaviour, as is raining missiles down on UN refuges, schools, hospitals and homes killing innocent people by the thousand. 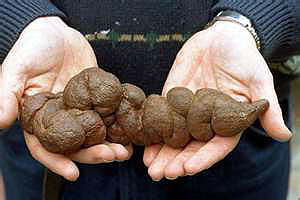 Once again, we witness a manufactured "threat", the petrie dish, growth factor, catalyst and sample virus all supplied and nurtured by the USA.

And we have yet another US President, this time the eunuch Democrat Obama, who orders extra-judicial executions anywhere any time of terrorist suspects - SUSPECTS! and innocent bystanders - disingenuously calling on Iraqis to "unite' against this latest "threat", secretly hoping nobody will remember that the USA divided the place in the first place.

Usania's latest "bad guy" on the block, the "barbaric" ISIL exists as a direct consequence of the US invasion of Iraq.   And just like Al Qaeda - like Hamas - ISIL did not develop in a vacuum.

Usania (aka USA) created Al Qaeda, encouraging its expansion with guns, money and "advisors" in the vainglorious belief that the expulsion of Soviet troops from Afghanistan was the organisations' driving force. Wrong.

Similarly, in nearby Israel and the Palestinian territory it occupies, the Zionazis refused to accept Arafat, the PLO and its predecessors as "partners for peace". Hence, Hamas. Hence Hezbolla. More violent, more extreme, more religiously fanatic, something Arafat was not. And so to ISIL.

Under the despot Saddam Hussein, majority and minority religions practised their weirdo beliefs with impunity and Iraqis in general lived in peace.

Nobody feared being blown to shreds by stepping out their front door or being beheaded for worshipping some Jew that got nailed up for upsetting the status quo a couple of millennia ago.

And at least Saddam appreciated  the fundamental importance of the Mesopotanian art and artefacts in the Baghdad museum even if the dimwit Bush and his barking dog DefSec Rumsfeld did not.

Not until after he had destroyed the Iraqi nation did Bush even realise that Iraqis were not a homogeneneous people but comprised of Sunnis, Shia, Kurds, etc.

OK, sure, blame Imperial Britain for drawing straight lines on a map but Usania is responsible for the current ongoing catastrofuck.

There was no ISIL in Iraq.

There was no Al Qaeda in Iraq. 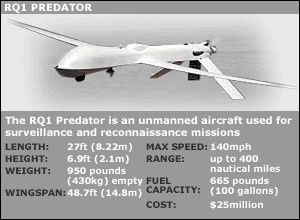 Until George W Bush and his cronies decided to invade.

Democracy (or at least the US version of it) would bloom and spread throughout the Middle East.

The Marines would be home for Christmas. It would be a "walk in the park."

It was a crawl through a poisonous idealogical sewer.

Having created this ongoing humanitarian crisis, Faux-bama has the gall to declare it's Amerika to the rescue again.

But this time no troops on the ground... except to protect US interests, naturally.

And we're supposed to think this all just popped up out of nowhere overnight like some kind of evil magic mushroom.

No, the USA will NOT be drawn into war: they'll just keeping bombing people into the stone age of "terrorism".

Again. or, rather, still.

It's what they do.

The inevitable result is, was and always will be blowback.

This was Max Gross repuking for Xenox News so stick THAT in your fucking meta-data, boys and girls!

The best revenge is massive success.

Out of the Frying Pan and Through the Looking Glass

The Trinity of Terror