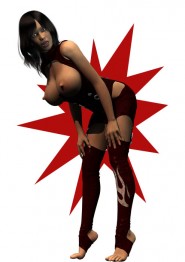 Imagine you are an American citizen registered to vote. Not only registered but intending to vote, which is something else again. Hmm, Obama or McCain, Biden or Palin?

The fact is MOST Americans do NOT cast a vote for in elections for President. Then again, given the usual limited breed of candidate - the usual suspects! - perhaps this anti-democratic phenomenon is understandable.

Perhaps most Americans just don't give a damn about which uber-rich corporate flunky runs and ruins the country? The Non-Debate
by Juan Cole
Published October 3, 2008 by Informed Comment

It was not a debate. Just as television in prime time has been largely emptied of drama and innovative comedy, with a few exceptions, in favor of empty-headed "reality shows," so the political debates have mostly been gutted.

Judging "how the candidates did" is rather like weighing in on the wittiness of the libretto of "Big Brother" or the pace of character development in the latest episode of "Keeping up with the Kardashians." The genre of the political review assumes that both candidates are credible in their roles. It becomes self-parody when one candidate is a ditzy nonentity cynically foisted on the public in the same way a 'reality show' is, based on a targeted demographic and without regard to quality.

It reminded me of the excruciating first episodes every season of "American Idol," when a single candidate is found who has the voice of an angel and then everyone else auditioned sounds like fingernails on a blackboard.

The news organizations and civic groups that sponsor political debates have allowed the campaigns to push them around so vigorously that nothing like a debate is any longer possible. The Bushies even tried to force the networks to hide the fact that John Kerry was taller than his rival in 2004. It is not about debating but about how your candidate looks on television.

Not only was there no debate but Sarah Palin was not required actually to answer any of the questions put to her, and she announced before she began that she was just going to throw up on us all the talking points that she had binged on in Arizona for the past few days.

She mugged for the camera, winked like a bar fly, and just went on talking and talking and talking, oblivious to whatever anyone else said. Not only did she ignore most of Gwen Ifill's questions, she paid no attention to what Joe Biden said. When he choked up over the loss of his family, she did not have the decency to express any kind of condolences. It is almost as though she is autistic and unable to connect with human beings.

Not only was it not a debate and not only did Palin answer virtually none of the questions put to her, but the whole idea of such an event was ridiculous.

Joe Biden has been either the chairman or the ranking minority member on the powerful Senate Foreign Relations Committee for many years, and is one of our foremost foreign affairs experts and legislators. His acumen and expertise are wide-ranging.

Palin has revealed her real self in the Gibson and Couric interviews, and clearly knows nothing and offers only rubbery expressions and glib repetition, for all the world like a rasping myna bird, of a stream of memorized slogans that sound as though they were disinterred from a time capsule originally buried in William F. Buckley Jr.'s back yard several decades ago.

It was not a debate, and pretending that it was and judging "performance" is to fall into the trap set by the campaign spinmeisters and talking point pimps.

© 2008 Juan Cole
Juan Cole teaches Middle Eastern and South Asian history at the University of Michigan. His most recent book Napoleon's Egypt: Invading the Middle East (New York: Palgrave Macmillan, 2007) has just been published. He has appeared widely on television, radio and on op-ed pages as a commentator on Middle East affairs, and has a regular column at Salon.com. He has written, edited, or translated 14 books and has authored 60 journal articles. His weblog on the contemporary Middle East is Informed Comment.

I have prepared so well that I cannot fail.