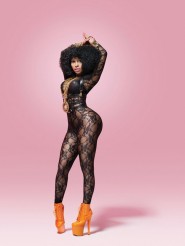 Cheap Thugs and a 5 Year Growth

Forced into a ludicrous show trial at the behest of his own corrupt government, Australian adventurer David Hicks, kidnapped in Afghanistan by rampaging U.S. forces and imprisoned for the past 5 years in the psychopathic Bush Regime's Guantanamo Bay gulag, has agreed to a plea bargain of guilty for a crime that didn't exist when he supposedly committed it. This U.S. version of democracy and justice in action is no doubt being gleefully noted by "terrorists" around the world.
CHEAP THUGS
by kenj
Published on Wednesday, March 28, 2007 by The Age (Australia)

The Bush regime is a bunch of cheap thugs. Their terrorism charges are bunkum. Just look at the case of US citizen Jose Padilla who was initially accused of plotting to explode a radioactive 'dirty bomb' within the US. He was held for nearly three years without charges being laid or access to a lawyer. When it became apparent that there was no evidence to support the charges and that the US Supreme Court was certain to overturn his illegal detention the Bush administration then dropped the original planned indictments and charged him with 'lending financial support to terrorists' - sound familiar? - charges based on vague remarks made by him in 1996(!) when he was a lowly paid Taco Bell employee. Padilla has had a mental breakdown, but the US was determined to stick him with something.

Then we get Binyam Mohamed, an Ethiopian detainee at Guantanamo, who allegedly 'conspired' with Jose Padilla on the non-existent 'dirty bomb' plot. The US rendered him to Morocco and obtained his confession under torture. (Apparently they tried to tie him into Khalid Sheik Mohammed and others - Binyam Mohamed would have confessed to being anything they wanted at that stage.) He's likely to be found guilty of this trumped up charge despite since claiming that he has never actually met Jose Padilla(!) Not to worry though. Binyam Mohamed is not a US citizen and can be held at Guantanamo forever.

Padilla got a twenty year sentence under a plea bargain agreement like Hicks. One of the conditions for him to receive early parole is that neither he nor his lawyer dispute the plea agreement, nor must they make any claims that Padilla was tortured. It's a way of entombing one of the victims of their PR 'war on terror'. They ran David Hicks through this same dishonest program. He can probably expect a similarly odious and abusive plea agreement.

The biological emotions which govern the psychic processes are themselves the direct expression of a strictly physical energy, the cosmic orgone.