Home  World  North America  The Money or the Bomb?

The Money or the Bomb?

Bush adds fuel to the fire he started. Expect more casualties, he says, as if the ground under his feet isn't soaked in blood, as if the gore isn't dripping from his fingertips. He doesn't seem to realise that the USA is losing the war their ignorant, arrogant President launched almost four years ago. US: They Have Made a Killing
The US has spent a million dollars for every dead Iraqi - is that what they mean by value for money?
by Terry Jones
Published on Saturday, January 6, 2007 by the Guardian/UK

Early this year the Bush administration is to ask Congress to approve an additional $100bn for the onerous task of making life intolerable for the Iraqis. This will bring the total spent on the White House's current obsession with war to almost $500bn - enough to have given every US citizen $1,600 each. I wonder which the voters would have gone for if given the choice: shall we (a) give every American $1,600 or (b) spend the money on bombing a country in the Middle East that doesn't use lavatory paper?

Of course, there's another thing that George Bush could have done with the money: he could have given every Iraqi $18,700. I imagine that would have reduced the threat of international terrorism somewhat. Call me old-fashioned, but I can't help thinking that giving someone $18,700 brings them round to your side more quickly than bombing the hell out of them. They could certainly buy a lot of lavatory paper with it.

In 2002 the house budget committee and the congressional budget office both guesstimated the cost of invading Iraq at approximately $50bn; $500bn seems a bit wide of the mark. What's more, with over half a million dead, it means that the world's greatest military superpower has spent a million dollars for every Iraqi killed. That can't be value for money!

So how on earth could such a vast overspend occur? After all, the US is the flagship of monetary common sense. Well, for starters, in 2003 the White House refused to allow competitive bidding for contracts in Iraq, which is odd for the champions of free enterprise. Then the White House ensured there would be no overseeing of what was spent. In the original Iraq spending bill, which earmarked the first $87bn to go down the drain, there was a provision for the general accounting office to keep a check on things, but that provision was stripped from the bill - even though the Senate had originally voted for it 97 to 0.

But what I want to know is: how do they actually spend all that money? Well the answer is: they don't. According to the website Halliburtonwatch, the Halliburton subsidiary KBR bills the US taxpayer for $50-$80 per day for labourers working for it in Iraq, but pays them only $5-$16 per day. It's the same with Halliburton. In December 2003 the US army discovered that the company had overcharged by $61m for fuel transportation and $67m for food services in Iraq.

Then there is good old-fashioned incompetence. Take the al-Fatah pipeline: KBR went through $75.7m of taxpayers' money, supposedly trying to replace a pipeline across the river Tigris that US forces had blown up. They never finished the job, but still got paid.

With all this double-dealing and incompetence, you'd expect that those responsible would have been penalised by now. But that's where the mystery deepens. Companies such as Halliburton and its subsidiaries have never had it so good. In January 2006 the Bush administration intervened in a dispute between the Pentagon and Halliburton, and agreed to pay the company $199m in disputed charges. On January 26 2006 Halliburton announced that its 2005 profits were the "best in our 86-year history". And to date KBR has received around $16bn from its contracts in Iraq.

Vice-President Dick Cheney, formerly CEO of Halliburton, has not had a bad war either. His tax returns for 2005 show that he earned $194,862 from his Halliburton stock options alone. Mind you, it's small change compared to his $36m payoff when he left the firm. Was that for his past role, or was Halliburton anticipating further services from the future vice-president of the US? Perhaps it's just as well that in 2003 the White House removed from the Iraq spending bill any provision to penalise war profiteers who defrauded US taxpayers.

Terry Jones is a film director, actor and Python www.terry-jones.net

Although born of "normal" sized parents Andre the Giant reportedly reached 6`3 and weighed 200 lbs. by the time he was twelve. 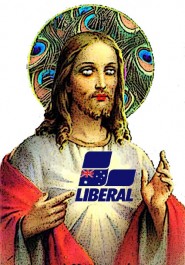 IT WILL BE LIBERAL GOVERNMENTS FOREVER

ZIONIST SHITHEADS RUIN IT FOR JEWS