1300 arrested in US anti-war protests

The arrests began with a series of protests early in the morning and were continuing into the evening as US troops invaded Iraq.

The civil disobedience campaign coincided with hundreds of other protests around the US involving tens of thousands of Americans.

Not every Yank is a mindless, flag-waving idiot. 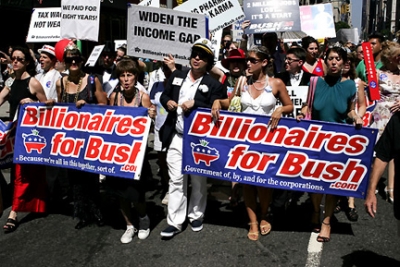 There are too many people that depend on me. I'm too obligated. I'm in too far to get out.

Iran shoots down US Fighters over Gulf!