IS AMERICA WITH US OR AGAINST US?
Face it folks: as far as stopping (non-state) terrorism goes, the global US assault has – if you’ll pardon the expression – bombed!

The world seems more dangerous for all of us than ever (Then again, there was goofy old Presidunce Raygun and his apocalyptic bible prophecies, and him with his finger on the trigger of the biggest nuclear arsenal on earth!).

So, the “terrorist” can of worms runneth over.

Worse, according to the latest taped message from Osama Bin Laden, we can apparently expect ruthless revenge for all that “collateral damage”, the deaths of innocent people in Palestine, Iraq and Afghanistan. 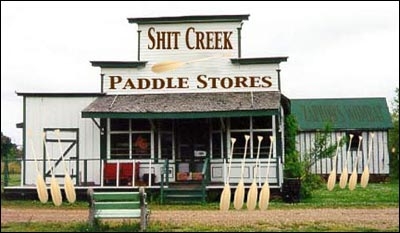 Yeah, Osama! You remember him?

This was the bloke whose capture or death was the main aim of L’il Dubya’s war. However, along with Taliban leader the one-eyed biker Mullah Omar, the purported mastermind of the 11 September 2001 atrocities in New Pork and Washingtoon is still out there.

And back in Afghanistan itself, the situation remains appalling. Billions of dollars in promised foreign aid is still nothing but hot air, but the suffering and destruction are real enough.

Having bribed the heroin-producing war criminals of the Northern Alliance to overthrow the loony Taliban, the US has handed over most of that miserable country to the same brutal bastards who devastated Afghanistan in the early 90s.

With the return of the warlords comes the harsh political repression, lawlessness, mass rape and widespread torture, the bombing or closure of schools, as well as Taliban-style policing of women's dress and behaviour. And a heroin snowstorm! 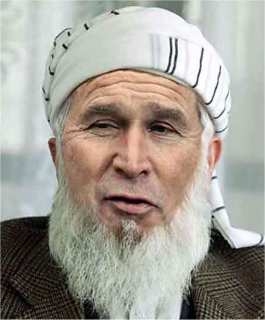 US obstructions means the death toll exacted for this "liberation" can only be estimated. But it looks like around 3,500 Afghan civilians were killed by US bombing (which included the large-scale use of depleted uranium weapons), with up to 10,000 combatants killed and many more deaths from cold and hunger as a result of the military action.

Thanks Yanks. Trust the “good guys” to do the right thing everywhere they hang their spurs!

I guess we can expect more of the same in crippled Iraq, where the US stepped up it’s provocative “no-fly-zone” bombing campaign at least six months ago in an attempt to trigger open warfare as an excuse for the massive oil-grab L’il Dubya’s backers are banking on.

But hey, here’s an option the Pretzel Prez might consider, you reckon?

Rather than threatening to attack sovereign nations it accuses of harbouring terrorists, the US could seek legitimate international cooperation to track down nasty buggers like Osama bin Laden and actually bring them to justice.

JUSTICE! That’s what the friggin’ International Criminal Court is for! Frighteningly however – as with L’il Dubya’s undermining of the UN and the weapons inspection team – the United Empire of America is also undermining the ICC. No interest there except in preserving US hegemony (look it up, George).

Its real simple: if Americans wish to be safe from “weapons of mass destruction”, the US must abandon the idiot notion that it can eliminate them by attacking countries it accuses of having or wanting them. 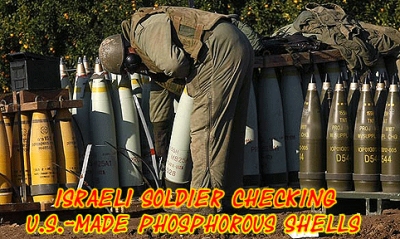 After Iraq, will L’il Dubya’s dogs of war nuke North Korea and Pakistan? And how about Israel?

Countries without nuclear weapons will want them as long as the US continues accumulating them itself. What’s good for the US goose is good for the rest. But what you expect from a nation where people believe it is their “inalienable right to bear arms” and have a shoot-first mindset?

Hey, Yanks, get off your palomino and stop shirt-fronting everybody! If you really want a safe, secure world, how about working with the rest of us on total nuclear disarmament?

This was Max Gross for Xenox News, and you’re either with us or against us!

Only one thing is impossible for God: To find any sense in any copyright law on the planet.