VIOLENCE IN LEBANON – TEHRAN'S MEDDLING MULLAHS AT IT AGAIN

Not content with trying to sabotage liberty and freedom in Iraq, Iran's mad Mullahs are now using their evil proxy Hezbollah to stir up trouble in Lebanon. The islamofascists have let their thugs off the leash to terrify the free citizens of Lebanon.
But the Tehran regime should be aware that a time of reckoning is coming. For far from being a lame duck President, George W Bush has a will of steel when it comes for the birthright of all humanity: the right to live in a free capitalist democracy. The medieval mindset of Iranian Dictator Madmanahmed and Hezbollah leader Hassan Nasarallah will not be allowed to crush the freedom loving people of Beirut.

You would think that after the bloody nose Iranian backed criminals and thugs of the extremist Madhi Army got in Basra the Iranian regime would get the message. But it seems that they can't help themselves. They know that the down-trodden masses of Iran are yearning for freedom and free enterprise, and that their survival depends on creating more violence and chaos in their region.

So President Madmanahmed's regime keeps on training and supplying terrorists, and they keep on killing innocents.

President Bush knows, like any other right thinking leader, that peace in the Middle East will only come with the removal of the diabolical clique that runs Iran. And we can only hope for the sake of all the people in the Middle East that it happens soon.

The art of winning is learned in defeat. 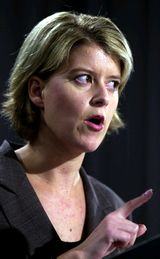