The civilised world is reeling after the news of the assassination of Pakistani Presidential hopeful Benazir Bhutto at a political rally in Rawalpindi. She was shot and then blown up by a crazed suicide bomber; an attack that bears all the hallmarks of an Al Qaeda strike. Once again Muslim extremism has raised its ugly head, and once again the question is raised of the loony latte left in the west: When will they stop supporting terrorism and get behind the fight against Islamofascism?
It is obvious that after being driven out of Iraq by the US troop surge, Osama and his lunatic followers are now aiming to sow their seeds of hatred and Muslim extremism in another country. The success in Iraq has been a triumph for President Bush, and it is no wonder that little has been heard from vocal terrorist apologists Pilger, Chomsky and Gross, since Iraq has been pacified. Indeed all that remains to finally seal the success in Iraq is to once and for all stop the meddling Mullahs of Tehran supplying the terrorists with weapons.

Now that Osama has raised his evil profile once more one must ask whether new Aussie PM Rudd has the backbone of his predecessor to stand up to terrorism. All too ready to follow the whims of popular opinion, Rudd has abandoned their long time American allies by cutting and running from Iraq. What will he do now that Pakistan is on the brink? Little except mouth platitudes for, like most Labour technocrats, he is big on rhetoric but lacks any real will to act.

If at first you don't succeed, try again. Then quit. No sense being a damn fool about it. 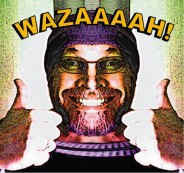 I understand why there is no future now.

I weep and rejoice with the best of 'em