Remember, Remember, the Lies of September 11

THE BUSH REGIME LOSES ITS WAR ON ISLAFACISERRORISMISTCRATS

Max Gross reports: Having shrugged-off the hunt for Osama Bin Laden for the past 5 years ("I truly am not that concerned about him” - March 13 2002), the world’s most dangerous idiot U.S. Presidense George Enron Bush has suddenly rediscovered the significance of the ailing al-Qaeda muse.

Once again, Amerikkka’s Pretzel Prez - that disgraced Neo-con figurehead - and his gang of chickenhawk liars, sociopathic swindlers and corporate carpetbaggers, resort to exploiting the 9/11 tragedy to prop up his war o­n democracy, the U.S. Constitution, the Bill of Rights and the international rule-of-law.

The gormless Shrub is right when he says this is a “struggle for civilisation”, but the real enemy isn’t al-Qaeda – no terrorist group has the capacity to destroy our democratic institutions, freedoms and rights. The o­ne organisation responsible for illegal wire-tapping, imprisonment without trial, and attacks o­n the judiciary etc is Bush himself and his white collar criminal associates.

Without the slightest glimmer of shame or remorse for the immediate bloody and long-term consequences of his criminal actions at home and abroad – and in the face of abundant evidence to the contrary – GWB desperately continues to attempt to conflate his illegal invasion of Iraq with the 2001 attacks o­n NY by Saudi extremists. Osama Bin Laden – who surely never expected those ugly phallic symbols of corporate greed to collapse as they did - need do nothing more to attack our “way of life”: Bush is doing it all for him. And as for the terror, destruction and body count race, the Bush regime is way ahead, leaving al-Qaeda behind in a cloud of depleted uranium dust.

Confronted with mounting evidence that there was never a link between Saddam Hussein’s dictatorship and al-Qaeda, here in Monstralia our own disgraceful PM John Howard - Bush’s puffed-up, slippery little accomplice in war crimes - claimed this week to have never argued there WAS a concrete link between Iraq and al-Qaeda.

When it was pointed out to the mendacious midget that he HAD said there was evidence of links between a branch of al-Qaeda and Iraqi intelligence, the Lying Rodent typically reverted to weasel words and sniffed, "Yes, well, I don't retreat from that, but that wasn't the main argument that was used at the time."

Meanwhile, in just the past 24 hours, some 60 more unidentified bodies have been found in Baghdad - tortured, murdered - despite a month-long "security crackdown" by hapless U.S. and hopeless Iraqi troops who are trying to reconquer the long-suffering Iraqi capital, 3 years after the Amerikkkan invasion and occupation. Bring it o­n, y'all!

As for the search for Osama bin Laden, it has gone "stone cold", the Taliban have made a major comeback across southern Afghanistan, and each day Iraq sinks further into a seemingly bottomless bloody hell-hole.

Thanks to the Busheviks after five long, grisly years and two catastrophic military invasions by U.S. forces, instead of “Mission Accomplished” we have Saddam’s ludicrous never-ending show-trial, Pakistan signing peace treaties with domestic al-Qaeda associates, U.S.-sanctioned torture, almost 3000 dead U.S. troops and more than 45,000 dead Iraqi civilians (Dare anyone count the maimed and traumatised-for-life?). Now there’s a New World Order for the history books to notch up in the Bush clan’s name.

Michael Scheuer, a CIA veteran who headed the agency's bin Laden unit, says that the invasion of Iraq "broke the back of our counter-terrorism program. Iraq was the perfect execution of a war that demanded jihad to oppose it - you had an infidel power invading and occupying a Muslim country and it was perceived to be unprovoked ..."

As for Afghanistan, Scheuer says "The idea that we can control Afghanistan with 20,000 soldiers is far-fetched - the Soviets couldn't do it with 150,000 soldiers and utter brutality." Utter brutality? I guess he reckons blowing entire Afghan families to smithereens, financing murderous warlords, propping up a puppet government and torturing “terrorist suspects” is Amerikkka’s way of handling matters with lily-white kid gloves.

Anyhoo… after five years in fucked-over Afghanistan the rampaging Yanks and their hole-sucking Euro and Aussie compadres still know almost nothing about it. Hardly any NATO soldiers, diplomats or intelligence officers speak its language and the resurgent Taliban now possess huge safe havens. Cock-up? Fuck-up? Give up? 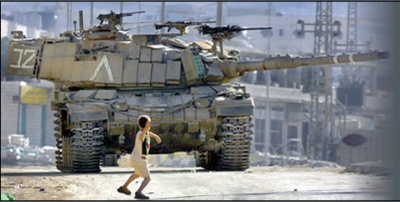 Adding to the bloody stew, the idiotic diplomatic and financial boycott imposed o­n the Palestinian Authority by Israel and the West after democratic elections saw Hamas come to power has led to surging poverty and desperation in the West Bank and Gaza, where Israeli raids and bombardments have killed hundreds of Palestinians this year, mostly civilians. The “road map to peace” has lead to another dead end street because Israel refuses to get the hell off Palestinian land.

According to Scheuer, Israel’s pre-planned attack o­n Lebanon o­nly validates bin Laden: “ ... it shows that the Americans will let Israel do whatever it wants."

Says a senior, pro-US official in the Middle East: "Iraq is not being rebuilt; Palestine is being destroyed and it is Hassan Nasrallah who is rebuilding Lebanon. The US has done nothing to win the hearts and minds of a population that has turned o­n them. $US230 million? It's nothing compared with the cost of the weapons they gave Israel to destroy Lebanon."

U.S. policies in the Middle East, together with the o­ngoing Israeli occupation of Palestinian territory and its acts of terrorism in Gaza, the West Bank and – god help us all, poor bloody Lebanon - continue to fuel extremism, terrorism and anti-U.S. sentiment everywhere. In response, takfiri go hog-wild and the world resounds with the babble of fear-crazed zealots, lying opportunists, and demented religious extremists of various shades of Islam and Christianity.

Jesus, Mary and Joseph, no wonder I drink like a fucking fish!

The appropriately named Francis Fukuyama is among the very few now utterly discredited neocon-artists who has attempted to realistically examine the Bush Doctrine’s effects. Earlier this year he wrote: "The Bush Administration, and its neoconservative supporters, did not simply under-estimate the difficulty of bringing about congenial political outcomes in places like Iraq; they also misunderstood the way the world would react to the use of American power ... America would be the first country to object if Russia, China, India or France declared a similar right of unilateral action." Well, fukuyama me! He got that right!

Hugh White, visiting fellow (jolly good?) at the Lowy Institute and professor of strategic studies at ANU, is spot o­n when he says “the way the West's leaders talk about terrorism is now much more shaped by the need to justify what they have done since September 11, than by any sober judgement about the threat of terrorism itself”.

And given that the U.S. and U.K. governments have bungled and lied so consistently in both Iraq and Afghanistan and continue to do so, it is up to men and women of good sense around the world to defy the lunatics in the White House in order to win this global War-on-Errorism and bring the Bush Regime war criminals and their arse-licking accomplices to justice.

This was Max Gross for Xenox News, mourning the loss, counting the cost, and leaving for the coast. 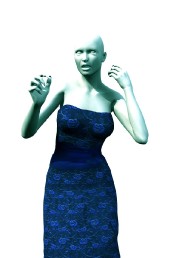 NEW INDIAN PM MODI - THE MAN BEHIND THE MYTH…

We don't do body counts