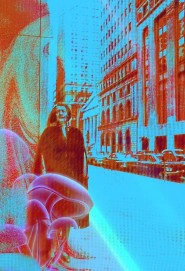 Created: Tuesday, 02 May 2006 Written by monsveneris

As the corrupt Bush Regime continues its sabre-rattling against Iran and the prospect of the USA once again using nuclear weapons, a rather sad and pathetic Bushevik anniversary has come around. Yes, another one.

Remember the fake fly-boy spruiking "Mission Accomplished" aboard an aircraft carrier? As the "mission" rots from the inside out, Osama must be feeling quite chuffed!
Published on Sunday, April 30, 2006 by CommonDreams.org

by Cindy Sheehan May 1st, 2006 will be the 3rd Anniversary of the end of "major combat" in Iraq. It was a glorious day when George Bush flew onto the deck of the Abraham Lincoln and was hailed by the rapturous throngs of toadie "news" persons such as Chris Matthews ("And that's the president looking very much like a jet, you know, a high-flying jet star," Hardball, May 1, 2003) and Bob Schieffer ("As far as I'm concerned, that was one of the great pictures of all time. And if you're a political consultant, you can just see campaign commercial written all over the pictures of George Bush." Meet the Press, May 4, 2003). What a fast and clean war! G. Gordon Liddy was enthralled with the president's package ("all those women who say size doesn't count -- they're all liars." Hardball, May 7, 2003) and a new era free from terrorism was ushered in. This is the faith based fable of what happened almost exactly three years ago. The reality based scenario goes something like this: - Over 2400 American soldiers (including my son who was killed almost a year after Mission Accomplished Day) have come home in cardboard boxes in cargo areas of planes in the secrecy of the night. - Thousands of our young people wounded, many grievously also bused into Walter Reed and other hospitals in the dark of the night. - Tons of rubble upon rubble in Iraq with inconsistent electrical power still and not much clean water or chance of future power and clean water. - Hundreds of thousands of innocent Iraqi civilians are dead, being punished for the sins of a leader who was propped up, armed and supported by many US Regimes. The Mission Accomplished Day (or, Operation Codpiece) public relations' dream for the presidential pelvic zone has turned into a frighteningly real nightmare for so many people around the world who have had sons, daughters, mothers, fathers, sisters, brothers, and oftentimes entire families wiped out and devastated by the strutting and smirking terrorist who was feeling mighty "chipper" last night at the Washington Correspondent's annual dinner as the 2400 th soldier was being killed and as the 2400th Gold Star Mother was falling on the floor screaming for her child. There are hundreds of thousands of people on our planet who will have a hard time ever feeling chipper again because of George Bush, no matter how good he looks in a flight suit. Now that BushCo has done such a fantastic job with the invasion and occupation of Iraq that never should have happened, but now that it has happened is extraordinarily evil in its scope and tactics, he is warning Iran that if it doesn't shape up the US is going to come and impose freedom and democracy on that country. The rah-rah, "yes, sir" Congress who has an easy job of approving everything that George Bush does, thereby eliminating critical thinking, debate, or any semblance of rational discussion has voted for sanctions that will lead to an attack on Iran which will be devastating for our troops in Iraq and for that poor region that had the unfortunate luck to be built upon tremendous oil and natural gas reserves. Only 21 Congress people voted "nay" on the Iran Freedom Support Act which is incredible considering what happened when they voted "yea" to give George Bush the green light for every sanction against Iraq and to invade it. I ran into one of the "yea" voters on the Iran Freedom Support Act, Rep. Major Owens, and I asked him why he voted that way. He said it was because he hated the "evil" regime of Iran. I asked him about our own evil, irresponsible regime! The radical President of Iran says very irresponsible and inflammatory things, but by all accounts is over a decade away from a nuclear weapon and is reigned in by the mullahs and the young population of Iran that is very westernized. We are in trouble with our one party system of government, which is the War Party. Before we the people need to be subjected to another swaggering spectacle from George after he has bombed Iran back into the stone ages and has made we the people of the United States of America even more hated around the world, it is time to rein him in ourselves. Congress won't do it and the media is falling into lockstep behind the murder again. It is time to fire the warniks whose bloodlust cannot be slated and hire people who will finally use their wisdom, integrity, and non-violence to solve problems, and won't create imaginary problems out of smoke and mirrors. We need a Congress that will hold George accountable not one that is complicit in the war crimes. Martin Luther King, Jr. said: "We must live together as brothers, or perish together as fools." God protect us from the fools that we elected to protect us! Cindy Sheehan is the mother of American war victim, Casey Sheehan who was killed on 04/04/04. She founded Gold Star Families for Peace and is the author of Not One More Mother's Child. FAIR USE NOTICE This site contains copyrighted material the use of which has not always been specifically authorized by the copyright owner. We are making such material available in our efforts to advance understanding of environmental, political, human rights, economic, democracy, scientific, and social justice issues, etc. We believe this constitutes a 'fair use' of any such copyrighted material as provided for in section 107 of the US Copyright Law. In accordance with Title 17 U.S.C. Section 107, the material on this site is distributed without profit to those who have expressed a prior interest in receiving the included information for research and educational purposes. For more information go to: http://www.law.cornell.edu/uscode/17/107.shtml. If you wish to use copyrighted material from this site for purposes of your own that go beyond 'fair use', you must obtain permission from the copyright owner.

The Jew is using the Black as muscle. So what are you going to do about it Whitey?