"If we don't like your democratically elected leader, change him."

It appears the leader the majority of the elected representatives of Iraq want, Mr Jaafari, is not wanted by the COW. They want him to be removed and one more to their liking installed.

So I guess the latest excuse for the invasion of Iraq by the trio of war criminals Bush, Blair, and Howard, has gone down in flames. Just like their previous bullshit ones.

Why don't these arseholes just come out and tell the truth? We invaded Iraq for the oil and we aren't leaving till we have our man in power. Nothing will happen to them; in fact their popularity would probably go up at home.

As for the Iraqis, since when did Bush, Blair, and 70 year old Howard ever give a shit about them?

And writing things down, by way of passing time; to amuse myself, no more. 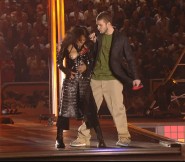 Remember the Terror of 11 September

TO ALL THOSE WONDERING WHERE I AM...