Home  World  Middle East  WHEN WILL SYRIA AND IRAN BUTT OUT OF IRAQ?

WHEN WILL SYRIA AND IRAN BUTT OUT OF IRAQ?

Democracy is coming at last to Iraq thanks to the leadership of President Bush and the Coalition of the Willing. But even at this late stage rogue states are trying to de-stabilise the January 30 elections. Chief among these villains are Syria and Iran. It is becoming clearer that the terrorists in Iraq are being supported and even commanded by groups outside of the country. The leader of Coalition forces in Iraq General Casey has named Syria as being the base of some of the rag-tag dead-ender groups who have been spreading fear and terror in Iraq.

If this is so it is an outrage that the civilised world must act upon. The despots of Damascus have to be told that if they don't stop these actions they will feel the full force of the international community.

It is now also clear that Iranian agents have flooded into Iraq with the sole aim of disrupting the forthcoming elections so that their preferred candidates win. Along with their quest for nuclear weapons, the terrorist-supporting regime in Tehran has demonstrated an insidious desire to try and control the Persian Gulf and thus strangle the west's energy supplies. With their ongoing development of missile technology they are now able to threaten targets as far away as Europe and India. 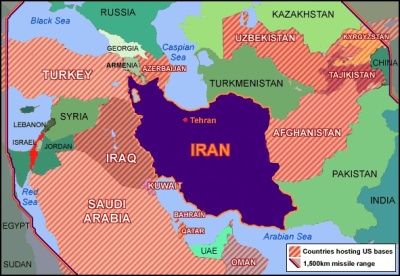 President Bush and PM’s Howard and Blair have demonstrated that they will not allow madmen and their terrorist allies to threaten us. The dictators of Tehran and Damascus must start to toe the line of international law or they will face the same fate as Saddam and his cronies:

The Prime Minister of COVID19