From Poverty and Poppy Seeds Do Bloody Flowers Blossom

America's favourite figurehead and former U.S. oil company employee Hamid Karzai has been officially inaugurated as Afghanistan's President. His authority, however, remains limited to his actual capacity as Mayor of Kabul. Outside the Afgan capital, it is the warlords that rule.

And Osama Bin Laden, the accused mastermind of 9/11, remains at large.

The Bush administration has lost the plot in a script written in its own bloody hand. Even that crafty old reprobate Pakistani President, General Musharraf, admits that the US "war on terror" has failed to address core problems, and that the world was a far less safe place as a direct consequence.

As for Karzai, he is unlikely to last long - as President, mayor or street-sweeper, without his U.S. guard-dogs. Pity Afghanistan!

Having plummeted under the Taliban, poppy production in Afganistan has sky-rocketed to levels previously unknown.

The export value of the opium will reach $2.8bn this year, or 60% of GDP, according to the much-maligned but invaluable United Nations.

Once confined to a handful of areas, opium is now cultivated in most provinces. A greater proportion of the harvest is being processed into heroin inside the country, boosting profits further, all thanks to the ousting of the Taliban by an addled America seeking revenage on the illusive Osama Bin Laden.

That is quite a lot of folded flags.

Another 275 U.S. soldiers have died in accidents or other incidents not classified as "killed in action".

No official figures are available for the numbers of Iraqi dead. It is proclaimed U.S. policy not to bother monitoring such irrelevancies.

Estimates by observers and participants other than the addled Americans, however, range from some 14,000 to tens of thousands of civilians and around 5,000 troops during the "war".

Free and fair elections in Iraq in January? Unlikely, with an foreign army of occupation increasing its presence. 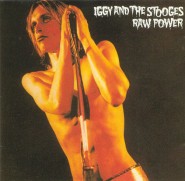 Hair Dressing as a Career