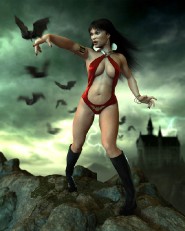 WHEN WILL IRAN STOP SUPPORTING TERROR?

The 9/11 commission has confirmed what many have been saying; Iran is inextricably linked to terrorism. From support for rocket attacks o­n Israel to allowing the Sept 11 hijackers access to their country; the mad Mullahs of Tehran have been providing succour to those that want to destroy our freedom and way of life. And now we confront the terrifying prospect of these religious fanatics having nuclear weapons. As we learnt with Saddam, these despotic regimes cannot be appeased. To stop them being dangerous threats to their region and the rest of the World a strong and united front must be presented by the international community. Firstly Iran must stop all its nuclear activities, no ifs or buts. It has no need for domestic nuclear power so there is absolutely no excuse for it to have any interest in "research reactors". Next Iran must renounce its links to terrorism and demonstrate this by actions such as the immediate cessation of funding to groups such as Hizbollah and the hand over of all Al Qaeda suspects they currently hold in custody. Thse criminals have commited no acts of terrorism in Iran (a surprising coincidence!) but they are certainly linked to atrocities in other countries. They should be sent to those countries for arrest and interrogation. And finally the Mullahs must begin the process of democratisation of their country; the insidious repression of their people must stop.

The overthrow of Saddam's regime has shown those Islamic Fascists in Tehran that strong leaders such as President Bush and PM Howard won't tolerate terror or its supporters. The rest of the world should get behind them and force Iran to start behaving as a responsible member of the international community.