Home  World  Middle East  TO THE VICTOR THE OILS

TO THE VICTOR THE OILS

As expected, the most powerful nation on earth has overwhelmed and destroyed the piss-weak dictatorship of Saddam Hussein in Iraq. Which begs the question: what sort of global threat WAS Iraq posing? The answer is self-evident in the ease with which Saddam was erased from history: ZIP! As I recall, our American masters were foaming at the mouth in their anxiety over the imminence of the threat posed by this stuffed little third-world country... and here we are, 3 weeks later with Saddam defeated if not dead, and where ARE all those terrible "weapons of mass destruction" ?

Ah, but that was yesterday and this is today. The United Nations is irrelevant and international treaties, protocols and obligations are just part of the collateral damage. America has proudly placed its boot on the face of the world, letting us all know who's boss. America owns it all!

But before we get too excited over the demise of one of the world's many and varied evils, let's see how some of our other neighbours are doing...

Yesterday, in the village of Al-Jarba, 10 kilometres south of Jenin (you recall Jenin, right?), on the northern West Bank, an explosion in a Palestinian school injured dozens of kids.

The group, calling itself "Revenge of the Babies", said in a message sent to the radio, the blast was "to avenge the Jewish children killed by the Palestinians".

Three of the injured kids are in serious condition.

And back in Afghanistan (you DO remember Afghanistan, don't you?) the American Lords of the Universe keep doing what they do best:

In Shkin, in Afghanistan's Paktika province, eleven Afghan civilians - seven of them women - were killed in bombing by US-led "coalition forces".

According to Douglas Lefforge, a spokesman at the US military's headquarters at Bagram air base north of Kabul, a bomb dropped by coalition aircraft landed in a house on the outskirts of the town.

A "tragic incident " is how he described the massacre.

Sure, Doug, tell that to the journo's you guys killed in Baghdad, not to mention the untold dead and maimed Iraqi civilians.

About 11,500 American and allied troops are still in Afghanistan chasing what's left of the former Taliban government and the Al Qaeda network of missing mastermind Osama bin Laden.

As the defiant Americans impose their will upon the world, that's one man rubbing his hands together and saying "Thank you Mr Bush!" 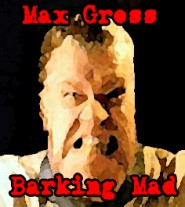 East Timor: What has gone wrong?

THEY LAUGHED AT HITLER