Reports have come in that a US B-1 bomber has dropped four 2000 pound bombs on a unisex toilet block in Baghdad a few hours ago.

US officials suggested that these unisex toilet blocks prove just how backward, on a moral level, the Iraqi government have been in running the country and have pledged to destroy every last one of them using whatever force they feel necessary.

Debate on this issue is escalating with countries like Japan and India leading in the opposition to this new tactic. "We like having wee wees and poos together and are not ashamed of our genitalia." Suki Oshikago said in Tokyo this evening.

The JDAM bombs were released 15 miles from their targets, and as they fell, the satellite signals were captured by a tiny radio receiver which in turn updated a small inertial navigation system.

An electric motor then moves fins on the tail assembly so the JDAM bomb moves up or down, left or right until it hones in on the precise pre-programed longitude and latitude of these mixed dunnies. US pilots refer to a successful hit on a toilet block as a "love shack".

Mahmoud Al jaBah was talking to his wife on his mobile phone seconds before the first 'love shack' attack. Holding back tears talking to Al Jazeera she said her husband had just said: "Honey, I think those Psyllium seed husks are working" and then 'Boom!'.

The JDAM bombs are much cheaper to launch than cruise missiles. A $27 000 kit allows the US airforce to create 2 000 pound JDAM bombs using surplus bombs left over from the Vietnam War and even WWII. A cruise missile in comparison costs between $500,000 - $1 million US dollars. "Far too many bickies to be spent on knocking down dunnie doors no matter how corrupt they are! These toilets are more proof that the Iraqi regime is out of control and a danger to Western values" a US soldier said.

Rock and roll music, if you like it, if you feel it, you can't help but move to it. That's what happens to me. I can't help it. 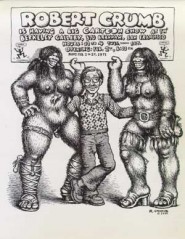 Contempt of court: guilty or else!

14 Characteristics of The Hornyness – I have it all the time!