TURMOIL IN TUNISIA –TEHRAN’S MEDDLING MULLAHS AT IT AGAIN?

Tunisia, long hailed as a vibrant, stable, and moderate Arab nation, is currently in turmoil after its long time leader President Zine el-Abidine Ben Ali was deposed in a coup last week.

Of course it is clear that the President Ben Ali was past his due date, and that he should have allowed a proper transition of power to take place. And it is also clear that the people of Tunisia, no doubt inspired by the freedom President Bush and PMs Blair and Howard bought to the people of Iraq, have a right to democracy. But all of that is no excuse for the youth of Tunisia to run rampant in the streets, with acts of indiscriminant violence and looting. And now, as the rebellion drags on, we are seeing the governance of this nation failing and anarchy taking hold.

Of course there are some in the region who are only too happy to see the anti-Islamofascist Government of President Ali go under and Tunisia in chaos. In both Damascus and Tehran there are those who are rubbing their hands with glee at the sight of this strong pro-western partner in the war against Islamofascist terror being deposed. And who can doubt that they are doing more than just offering words of support to the protesters and their ringleaders?

Iran’s Mad Mullahs have a long history of dabbling in their neighbours politics. Now, and in the past, their meddling ways have always caused death and destruction. Just look at their bloody fingerprints in Iraq, in Afhganistan, and in Lebanon. The Mullahs are quite happy to spread their Islamic theology of hate and terror if they think it will benefit their political aims and entrench their power. And they would like nothing more than to drive a wedge between the moderate Tunisian nation and the freedom loving forces of the West. 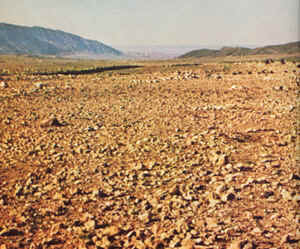 The Kasserine Pass in Tunisia. 68 years ago our forefathers fought for Tunisian and World freedom here. Because of this we have a right to have a say in Tunisia’s future.

But how are the Tehran terrorists doing it? Well one little noticed weapon of the fanatical Mullahs is the drug trade. These hypocritical religious fanatics like nothing more than to push drugs onto their neighbours’ youth while maintaining a public appearance of religious piety by stoning young women to death. It has been noticed that some of the rioters in the cities of Tunis and Bizerta have had the appearance of being crazed and in an almost drug-like trance during their protests. Are they under the influence of some of these sinister exports from Tehran? Undoubtedly they are, as prior to this uprising very few of Tunisia’s youth were experimenting with drugs. 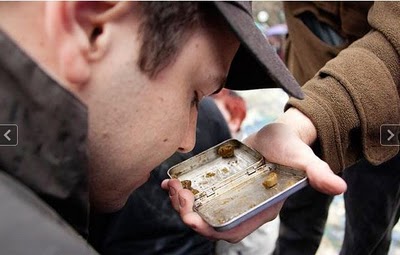 Of course the loud mouth progressives of Western ‘intelligentsia’ like Pilger, Chomsky, and XenoxNews.com resident leftist nitwit Max Gross, are out and about at this time claiming they fully support the people of Tunisia. But where will they be if Tehran succeeds in enforcing another Islamist theocracy onto Tunisia’s people? Of course they, unlike the suffering population of Tunisia, will be safely in their taxpayer funded Ivory Towers, free to opine their noxious anti-US bile and far from any danger. The people of Tunisia would be very wise to take no heed of their rabble rousing calls.

This is a stern test for the current weak and confused left wing leadership of President Obama and the likes of Aussie PM Gillard. The stakes are too high - not only for the people of this beleaguered North African nation but also here in the civilized world. For imagine what would happen if an outpost of Tehran was to be located in such strategic location in the Mediterranean? Could we have another rogue nation spreading its hate and terror onto its neighbours and beyond? World leaders have to tread carefully - we do need to support the people of Tunisia in their struggle for stability and democracy; but we must not allow the people’s will to be usurped by the likes of Iranian President Madmanahmed and the Mad Mullah’s of Tehran!

It remains to be seen if Obama and Gillard have the strength to stop them. 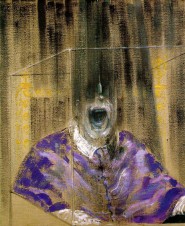 AS THE POLLS OPEN

THE PROBLEM IS THEM