Iraqi Presidemented Saddass Hussein has launched a pre-emptive strike on the United States to prevent it from pre-emptively striking Iraq first. 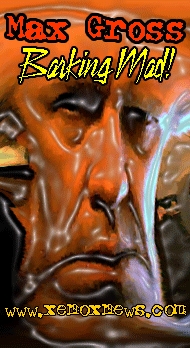 President Hussein said he has intelligence that the US had developed weapons of mass destruction and planned to use them to attack Iraq.

Hussein justified his strike citing the US' long history of violating UN resolutions.

He also recalled the US' willingness to use poison gas against its own people, such as the sailors unknowingly sprayed with VX and sarin during American naval testing in the 1960s.

But his strongest justification of the attack was the fact that America does not share Iraq's ideology.

"George W. Bush is a dangerous Christian extremist with his finger on the trigger of the world's worst weapons," Saddam said.

Saddam was asked whether he is planning to release a dossier of speculative material drawn from unnamed sources, like that recently issued by Tony Blair.

The Iraqi President replied that he is still trying to pull together sufficient evidence, but has already obtained some material of Bush's intention to strike from CNN, The New York Times, The Washington Post, the US Department of Defence, and public statements by President George W. Bush.

Despite the strike being officially launched, no action has actually been taken as yet, as Iraq has no weapons with sufficient range to reach the US mainland.

So I opened the door and the guy just turns white. All of a sudden I realise, 'Oh ... he thinks I'm Tony.' 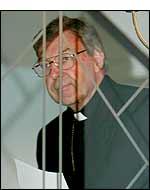