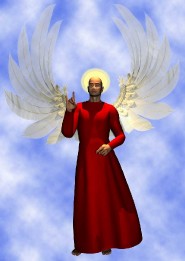 At the age of 47 Mordechai Vanunu is still two years out from fulfilling his 18 year prison sentence for revealing Israel's covert nuclear program to the world.
Convicted of treason, he has spent the last 16 years of his life in Israel's highest-security prison.

In 1986, Vanunu, a former technician at the desert plant near the town of Dimona, leaked photographs of and information about Israel's nuclear facilities to a British tabloid, destroying forever Israel's deceitful bullshit policy of so-called "nuclear ambiguity".

Using his information, experts estimated that Israel had the world's sixth-largest stockpile of nuclear weapons - about 200 warheads.

That was then. These days, even Saddam is not so stupid as to provoke a strike, contrary to both Israeli and US rhetoric.

Mossad agents kidnapped Vanunu from Italy, drugged him, shipped him to Israel and had him tried in a secret court. A democracy Israel is not, never was, and is unlikely to be in the foreseeable future.

Born in Morocco to an Orthodox Jewish family, Mordechai Vanunu immigrated to Israel with his parents in 1963. In 1971, after three years military service, he was discharged from with rank of sergeant. He became a technician at Dimona nuclear plant in 1976.

In 1979 he began studying philosophy and geography at Ben Gurion University. As a student he grew increasingly politically active, calling for equal rights for Palestinians living in Israel, and condemning Israel's 1982 invasion of Lebanon. No doubt Mossad had him in their sights even then.

In early 1985, Vanunu was sacked from Dimona after government cutbacks. After a Union battle restored his job, he smuggled a camera into the facility and took 57 colour photographs. Sounds like he was planning insurance.

After attending a public rally calling for the creation of a Palestinian state, Vanunu was sacked again, and in late-1985 he immigrated to Australia, where he found work driving taxis in Sydney. He converted to Christianity and, in June, spoke to journalists.

Already under surveillance by Mossad when talking to journalists, in late 1986 a female agent convinced him to leave London for Rome, where he was drugged, kidnapped and secretly flown to Israel. He was tried in secret, with heavy press censorship assuring his fate.

In March 1988 Vanunu was sentenced to 18 years, the first 30 months spent in total isolation. In all, he has spent 11 years in solitary confinement.

The Dimona nuclear plant is still closed to international inspection and Vanunu remains locked the Shikma prison at Ashkelon.

He still has two more years until his release in April 2004.

Vanunu has been denied parole because he refuses to promise never speak about his ordeal, or the desert reactor.

He walks the corridors of the jail for up to four hours a day, retiring to his cell in the afternoon to write letters, listen to opera, or watch movies on video. He does not have a computer because he refused to agree to turn over the hard drive to the authorities on his release.

Last month Vanunu attended a closed hearing at the Supreme Court in Jerusalem to stop two Israeli journalists including him in their book about Israeli espionage. He has been denied permission to view the entire transcript of his trial on security grounds, although sections have been published in the Israeli press.

And he has been denied permission to meet two British lawyers who have been trying for five years to visit him - to pursue a case against the British government for its failure to protect him from the Mossad agent who lured him to Italy.

Although Vanunu’s release cannot be legally prevented, there are fears that Israeli authorities will refuse to allow him to leave Israel, a country he now despises.

Obviously, he is not alone.

This was Max Gross for XENOX NEWS, and that’s about as kosher as you can get!

Every man has his own destiny: the only imperative is to follow it, to accept it, no matter where it leads him.

SO WE DIDN'T INVADE IRAQ FOR THE OIL???

It Has Started Now