David Sonnenstein, an Israeli reserve lieutenant who drew up an "absentees' petition" six months ago, has been jailed for 35 days for refusing to serve in the occupied territories.

The petition has been signed by 467 reserve soldiers, all refusing to serve in Palestinian land occupied by the Israeli army.

When will the Israeli Government - and the religious fanatics that weild such sickening influence on that bastard nation - realise that the Palestinian intifada will cease only when Israeli occupation ends!

This was Max Gross for Xenox News, counting the corpses and fondling his matzoh balls. 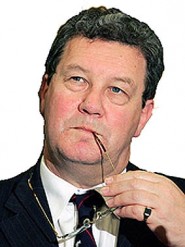 XenoxNews.com offer to buy ‘The Sun’

THE HOWARDLAND: A MORAL BEACON