Q: Could you tell me what the Thummin is?

Forces: This is a force or a plate of energy before the throne of the Ark of the Covenant.

Q: Could you explain what the Thummin was. I had it having some diagrams on it or lines. Would it have something on it?

Forces: It is equal to the opposite of the symbol itself.

Q: What symbol is that?

Forces: More of the pyramid shaped with the 3 at the points.

Q: Pascal’s Triangle, do I understand it as being the Urim?

Q: Thummin would be the same diagram?

Q: You put them together and you get a ratio in there?

Q: With the Pascal triangle that is the Thummin a triangle pointing down, the opposite direction of the Urim? 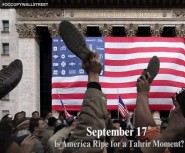 Another "Turning Point" in Iraq has Bush in a spin

DUTY NOW FOR THE FUTURE: MOGADISHU