I hate that English...

...cunt. What a disease. He was a cigar-chomping pompous arsehole son of a royal bitch english prick.

But he saved us from Hitler so... we all have to forgive him.

No fucking way; he was a mutant diseased motherfucker.
His cock was a monster no woman could hold.

Oh my dear Winston please let me tell your true story. Mothered by an inbred English bitch and a diseased father. Do you know that syphillis can be transferred from generation to generation? Winston is all the proof you need.

And that cunt Winston was infected from his old man. And so his cock was a mile long; or at least that is what the old boys say. What a fucking fat old english cunt. He wondered down to the beach with his massive tossil dangling out, like the devils tongue. 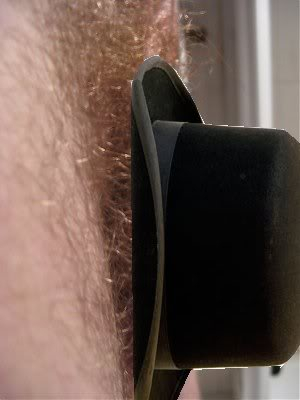 What is this? It is surely not Winnie's pecker. I'd say it is the smallest penis ever. Winnie's cocks head was bigger than this disgrace.

Now he is a hero. Let us all praise Winston; he stood up to Hilter. Yeh. Him and his monstrous 12" cock did. How many died to save that fat cunts gigantic cock? Our Grandfather's lives were spent so he could wave round his mutant thing to impress the whores of London, Singapore, and Macau.

Oh I hate him; that right ROYAL CUNT. BIG DICK OR NOT HE FUCKED MORE THAN RECEIVED. WHAT A LIAR. ONLY FREEDOM HE DESIRED WAS FOR THE RIGHT ROYAL ARSEHOLES OF HIS FAMILY.

Churchill the fat jolly round fuckwit of English civility is no more than a peverted fuckwit. His gigantic cock was shoved up more sailor arses than anything since Nelson's telescope. And what A DISEASED massive disgrace it was. Now that genetics know best we now know that his cock was a fluke of nature. A snake longer than reckoning. For a English man it was genetic mistake; to have a doodle that dragged upon the floor.

Winston Churchill you are scum; so many boys recieved and none got what you promised.

The boys screamed: "Help me lord! I am stuck with the misery of his enormous penis." Like a Welsh nightmare the giant cock of Winston bestrode the world worse than any Fleetword Mac song....

And now they praise him as a peace maker? He was a fat fucking giant cocked freak of nature.

I came to his grave and made a mess he would appreciate, all white and sticky and stuff.

I have always looked upon decay as being just as wonderful and rich an expression of life as growth.

THE CAPTAIN HAS DECIDED!

PAYING TOO MUCH FOR PETROL?

A real and dark malignancy of greed, shortsightedness, and insanity

Prayer for the Future

The going of the Messiah