Home  Travel  AM I LIVING NEXT DOOR TO A TERRORIST CELL?

AM I LIVING NEXT DOOR TO A TERRORIST CELL?

A house in suburban Australia. The family is of unknown South East Asian origin. Keep to themselves. Once I knocked on the door since I was locked out of my home and I wanted to use their phone. The man, I suppose he is the father, said I couldn’t use the phone because his wife had locked him out of the half of the house where the phone was. What sort of excuse is that!
The children are a mix of girls and boys. The girls attend the local high school. The boys are late teens, early 20’s. Don’t know what they do. Once a hired van arrived out the front and 4 non-descript men bundled out. South East Asian appearance, early 20’s. Sullen and rude.
Where they arriving for instructions? Could they fly a plane?
There are no outward signs of Islamic extremism, but they wouldn’t have would they?
Now they are selling the house. Why? Are they about to move? Is an operation about to take place?

I just watched something on TV about what is happening. They look like the people they showed. Listening to crazy Mullahs in some Indonesian mosque.

I believe we all should be vigilant. Who knows where Hambali is. They say he visited Australia.

Is this one of the cells he has planted?

Life is quite interesting while it lasts. 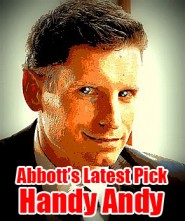 GET ME A STACKER

Life can be beautiful

First There Is The Terror