WHY OZ WILL BEAT IRAN

It's not "GOD ON OUR SIDE" this time.


Shortly, the Hogturd regime will declare war
on Iran. Why? Because Oz has TURD on its side.

For years the Oz water authorities have been
letting their mates sell the clean water on
the world water markets, while Oz dullards have
been sucking down their neighbour's rotten turds
and viral piss from their water taps.

The universe is stranger than we can fathom -
all that turd and piss has created a type of
Oz-style mutant, SUPER-DULLARD.
Their brains and their vital organs have been
replaced by shit, and they will be invincible
in battle. The Islamics can even cut off the
dullard's heads, and it will make no difference.
The dullards will just keep on coming.

SO DON'T BE A SAP - TURN ON YOUR TAP
BE A GOOD CHAP - AND SUCK DOWN SOME CRAP!

And the LORD repented of the evil which he thought to do unto his people. 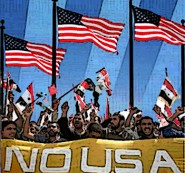 the psychological compulsion to confess is not uncommon