The Australian Olympic team has been hit by accusations of lazy overweight athletes that appear to have been fed too long on the government teat. Shocking picture of pudgy swimmers and paunchy sprinters has shocked the nation. Many are demanding immediate answers; and if there is no gold, gold, gold! this year expect a large backlash against Australia’s pampered Olympians.

For many years Australia’s Olympic team has had a special place in Aussie hearts. A special golden place, not a bronze or silver place. And as such, the team has received more Government funding than the bloody East German Olympic squad ever did. But now the taxpaying public is shocked to see that some of their little Aussie battlers are in fact big fat lazy pigs. In fact, many are regarding them as no more than overfed public servants. 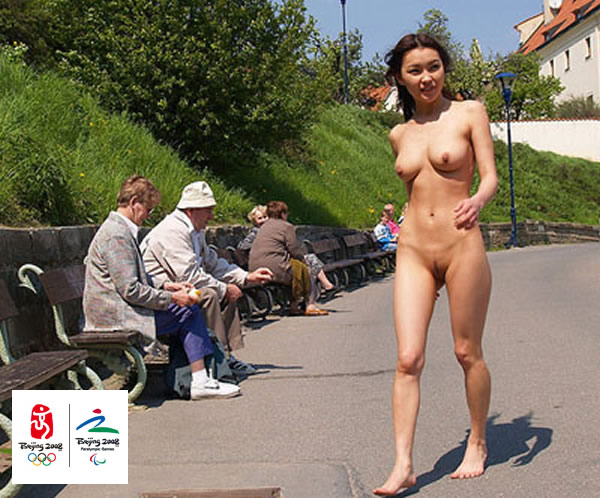 Scene from Beijing Olympics. You can bet this minx is definitely not an Aussie Swimmer!

We tried to get a comment from a team official but it seems he was at the welcome banquet for the athletes. You would think these pricks, whose whole income is derived from us hard working taxpayers, would have the courtesy to tell us why we should support this team of fatties and frumpies! They better realize that an Aussie doesn’t have inexhaustible patience, and if we don’t score at least 20 gold then they can fucking pack their bags and get out of that Public Servant Paradise, the Australian Institute of Sport, before we fucking raze it to the ground in a fit of fury!

I can’t wait for Speedo boy Tony Abbott to take over. I'm sure he'll do something about this.

There never was a good war or a bad peace.

BECAUSE SHE IS WHO SHE IS...