Home  Sport  Other Sports  AUSSIES SCARED OF SWIMMERS WITH GUNS!!!

AUSSIES SCARED OF SWIMMERS WITH GUNS!!!

Looks like two of yer Olympic swimmer boys who done posted pictures on Facebook of themselves sport'n guns 'n whatnot have been ordered to take them down by the Australia's Secret Gun Police.  The ASGP director, who dern't wanna be named, threatened ta take custody of the gun-totin swimmer's families back in Australia 'n lock 'em up if they dern't take them gun-totin pictures down.  Jest like the Chinks do ta any freedom-lovin, God-fearin' slant-eyed citizen of thars.

Those Olympic swimmer boys, 'ncludin Nick D'Arcy, posed fer pictures in Santa Clara, California (only the gun-grabbin'est state 'bout as evil as the ASGP itself), with two pistols standing next to Kenrick Monk who is holdin two shotguns cross his chest. The swimmers were training in the U.S. ahead of the Olympics.

The ASGP said in a statement that "the posting of Aussie boys with guns on Facebook, Twitter or any social media platform is a crime punishable by incarceration of the perp or even the perp's family, if Australia can't get the perps." 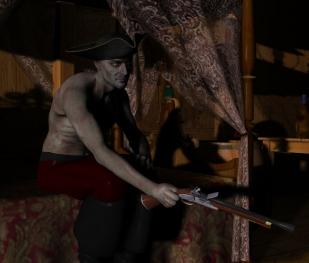 Why do swimmers need guns? One word - Pirates.

"It was all just meant to be a bit of fun, the photos were just a bit of fun," D'Arcy done said on gettin back to to Australia.  He was ordered to say "If anyone's been offended I deeply apologize. It was never the intent; it was never supposed to be offensive."  The ASGP had no comment on alleged threats made to them swimmer boys and thar families.

Dozens of fans and the American pro-freedom communities have posted on Monk's public Facebook page saying they support the athletes and that ASGP had gone too far this time.

They dumped him into the sea. Who knows if he is dead or not. Another reason why swimmers need guns.

Y'ALL AUSTRALIANS NEED TO GET YOUR GUNS BACK.......GET YOUR TESTICALS BACK.......STAND UP FOR FREEDOM.......AND TELL YER SECRET GUN POLICE YOU DERN'T NEED NO WELFARE CHECK, JEST YER AK-47's BACK!!!

Throughout the history of mankind there have been murderers and tyrants; and while it may seem momentarily that they have the upper hand, they have always fallen... Always 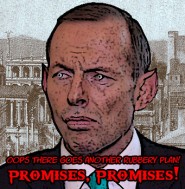 MORE FUZZY-WUZZYS ON THE WAY: 70 YEAR OLD PM HOWARD DOES NOTHING!

TSUNAMI WILL HIT THE ECONOMY OF THE REST OF THE WORLD