Aussie Rules football was once known as the domain of the Neanderthal element but in modern times, the game has become infiltrated by a new breed of intelligent, quick witted players, coaches and commentators.

"I owe a lot to my parents, especially my mother and father." - Shane Wakelin.

"Nobody in football should be called a genius. A genius is a guy like Norman Einstein." - Mick Malthouse, Collingwood.

"I'm going to graduate on time, no matter how long it takes." - Peter Bell, Fremantle - on his University Law studies.

"You guys line up alphabetically by height." and "You guys pair up in groups of three, then line up in a circle." - Barry Hall, Sydney captain at training.

Brock Maclean (Melbourne) on whether he had visited the Pyramids during his visit to Egypt: "I can't really remember the names of the clubs that we went to."

"He's a guy who gets up at six o'clock in the morning regardless of what time it is." - Kevin Sheedy on James Hird.

Ron Barassi talking about Gary Cowton "I told him, 'Son, what is it with you. Is it ignorance or apathy?'
He said, "Barass, I don't know and I don't care."

Barry Hall, Sydney when asked about the upcoming season: "I want to kick 70 or 80 goals this season, whichever comes first."

"Chad had done a bit of mental arithmetic with a calculator." - Mark Williams.

"We actually got the winning goal three minutes from the end but then they scored." - Ben Cousins, West Coast Eagles.

"I've never had major knee surgery on any other part of my body." - Luke Darcy.

"That kick was absolutely unique, except for the one before it which was identical." - Dermott Brereton.

"Sure there have been injuries and deaths in football - but none of them serious." - Adrian Anderson.

"If history repeats itself, I should think we can expect the same thing again." - Andrew Demetriou.

"I would not say he (Chris Judd) is the best centreman in the AFL but there are none better." - Dermott Brereton.

"I never comment on umpires and I'm not going to break the habit of a lifetime for that prat." - Terry Wallace.

Garry Lyon: "Have you ever thought of writing your autobiography?"
David Schwartz: "On what?"

"Well, either side could win it, or it could be a draw." - Dermott Brereton.

"Strangely, in slow motion replay, the ball seemed to hang in the air for even longer." - Dermott Brereton.

I have seen her change from love to hate and never alter her facial expression. I would be somewhat unhappy and take the scene again. The expression still would not change. Still unhappy, I would go ahead and say "Print it.". And when I looked at the print, there it was. The eyes told it all. Her face wouldn't change but on the screen would be that transition from love to hate. 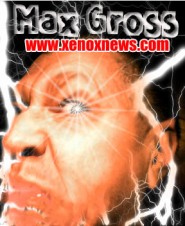 PM appalled: "How can people be so stupid..."

PM OPPOSES HIS OWN ID CARD

Do you know this prick?

Bend over, Australia! You asked for it!