MAUJ , an international mobile content , information services, and technology company announced the launch of a new wireless java game called 'Ricky Ponting Cricket 2004'. This is the first ever mobile cricket game featuring one of the top cricket players in the world.

The game, which was developed over 4 months, features scenario based play, realistic sound effects and international teams. The user selects his team and his opponent team and has to bat his team to victory as per the match scenario. The phone keys are mapped to the corresponding cricket shots in real cricketing world.
The game is available for more than 75 different handsets and distributed worldwide through mobile operators and portals.

At a press conference held in Galle, in Sri Lanka, where the 1 st Test match between Sri Lanka and Australia is being held, Mr. Ponting said that, "Cricket is a fascinating game that can now be played not just on the ground but on one's mobile. MAUJ has developed a game that actually captures the nuances of the game Cricket. I am only too happy to be associated with such leading edge entertainment".

Mr. Arun Gupta, Head MAUJ, added, "Our experience over the last few months has indicated that wireless games based on real sports have a huge demand. After successfully releasing games based on tennis, ski, bowling, cricket was the next frontier. It was especially challenging due to the detailed nature of the sport itself. However, with a lot of hard work and Mr. Ponting's participation, we have created a truly enjoyable game which we hope will, besides providing entertainment, promote the sport as well".

Ricky Ponting is the captain of the Australian Cricket team, which holds the world championship trophy and is currently touring Srilanka.

Inquiry Arun Gupta This email address is being protected from spambots. You need JavaScript enabled to view it.
Telephone 91-22-24952277
Mobile 919820013862
Visit www.mauj.com for more details.

Logic will get you from A to B, Imagination will take you everywhere. 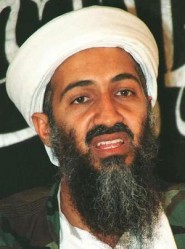 CLOWN OIL FOR THE BRUTAL SOUL

10 YEARS OF XENOXNEWS.COM - OUR EDITOR DECLARES HIS PRINCIPLES