The global "terrorist threat" is the biggest con-job perpetrated by the world's worst-of-the-worst white collar crims, chickenhawks and bogus U.S. "patriots" in history. The hysteria generated is out of all proportion to the actual "threat", and that suits the poisonous, sociopathic agendas of the White House whackos and their suckhole followers like Blair in the U.K. and Howard in Owstrillia.

There is, however, a very real and far greater global threat that is not getting any where near the oxygen that George W Bush's phoney "war-on-terror" is. AIDS.

What, you thought that issue had just magically gone away. Oh, right! That's 'third world" stuff. No wonder you don't hear about it on Today Tonight.

More than 3.1 million people have died this year from AIDS, including 570,000 children way more than the toll from all natural disasters since last December's tsunami.

In 2005, about 5 million people were infected by HIV globally, the highest jump since the first reported case in 1981 and taking the number living with the virus to a record 40.3 million, the United Nations said.

The 4.9 million new infections were fuelled by the epidemic's continuing rampage in sub-Saharan Africa and a spike in the former Soviet Union and Eastern Europe, the UNAIDS body said in its annual report.

This is a real threat, not some hyped hysterical nonsense that can be effectively policed through criminal law and genuine international cooperation.

The Bush administration's lies, distortions, and fear-mongering is a scandal that will echo down the decades, to our eternal shame for letting them get away with it.

Meanwhile, two decades into the HIV/AIDS epidemic, many parts of the world - including southern Africa and South Asia - knowledge about HIV transmission remains alarmingly low.

The outgoing chief of India's official National Aids Control Organisation, SY Quraishi, says 70 per cent of Indian sex workers either did not know what a condom was or how to use one.

"If the situation remains unchanged, India could have an estimated 50 million HIV cases by 2025," he said.

The face of evil is always the face of total need. 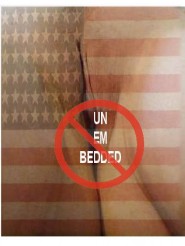