Let's start thinking about materials
and techniques before it is too late.


There is every possibility that we are up
against the awesome powers of the undead!

The Canberra arse-vampire must be dining
out in style, as he is as chock-full of foul
stinking crap as ever.
By now, many conventional means of disposal
would have been tried, but still he thrives!

Has anyone tried the timber stake into the
non-core heart? How about burning to ashes?
Digesting the loathsome thing in acid could
be worth a try, or maybe caustic soda.

There are stories I have heard whispered in
secret places about awful howling things from
the other side of time being stopped in their
slimy tracks by well-aimed silver projectiles... 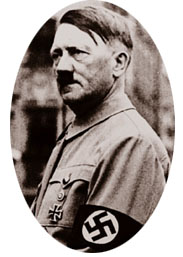 LEAVE IT TO US HOSNI

I ARRIVED ABOARD A COSMIC CHARIOT...