Home  Science/Tech  Studies and Research  Animals get their own back

Animals get their own back

The animal kingdom today announced that it felt it was vindicated by the recent findings within the belly of a large crocodile. "You bastards have been eating us for thousands of years so why make a big deal about us getting into the act?" said Sam Shark, spokesman for the UAK (United Animal Kingdom)

The human population grimaced this month with photos of a recent crocodile diet investigation: Please note, these images on the next page should not be viewed by the squeamish. 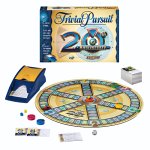 Where is the rain?

The Arcane Chemistry of Consciousness.