NASA's Cassini spacecraft, flying past Jupiter, detected waves in the thin gas of charged particles that fills the space between the Sun and its planets.

The waves are in low radio frequencies, which have been converted to sound waves to make the patterns audible.

The art of winning is learned in defeat. 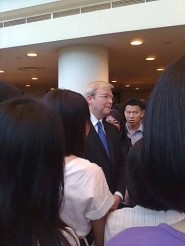 Saddam out for a duck