Deconstructing Science for the Masses. Part 1

A new XenoxNews.com feature, where we get regular contributors to de-construct the latest scientific advances and publications into words and ideas the lay public can understand.

Today Loony Les has a crack at neuroscience...


"Conscious updating is a rhythmic process"

As the visual world changes, its representation in our consciousness must be constantly updated.

Fuck that, my brains ideas haven’t changed in the last 20 years…

Given that the external changes are continuous, it appears plausible that conscious updating is continuous as well.

Plausible? I suppose it is plausible that Michael Jackson wasn’t a pedophile; plausible but highly unlikely…

Alternatively, this updating could be periodic, if, for example, its implementation at the neural level relies on oscillatory activity. The flash-lag illusion, where a briefly presented flash in the vicinity of a moving object is misperceived to lag behind the moving object, is a useful tool for studying the dynamics of conscious updating.

There I was thinking it was due to the drugs I was taking at that nightclub!

Here, we show that the trial-by-trial variability in updating, measured by the flash-lag effect (FLE), is highly correlated with the phase of spontaneous EEG oscillations in occipital (5–10 Hz) and frontocentral (12–20 Hz) cortices just around the reference event (flash onset).

OK, enough of that. Now you’re making my head hurt.

Further, the periodicity in each region independently influences the updating process, suggesting a two-stage periodic mechanism. We conclude that conscious updating is not continuous; rather, it follows a rhythmic pattern.

So from this I think I can state that we don’t know what the fuck is going on, and probably never will. Great; thanks for clearing that up mate!

WAS OUT IN THE BACKYARD HAVING A SLASH WHEN I SPOTTED A STRANGE AND UNUSUAL CRAFT IN THE SKY.

I IMMEDIATLEY PUT AWAY THE OLD FELLA AND WHIPPED OUT THE PHONE CAM AND GRABBED THIS VIDEO OF IT FOR YOU.

WHAT DO YOU RECKON? ALIENS?

SURE WAS A STRANGE ONE!

Major Research Breakthrough or just More of the Same?

Wednesday, 13 April 2011 By Lost in a Poindexter Future

Stick a fucking big magnet next to your head and you can't speak properly.

It is true. Look here.

So if this magnet can control your speech what else can they control? Perhaps other magnets, placed in other positions, can control other thought processes. Control other bodily exertions and semi-autonomous motions.

For instance, would it be possible to control, or perhaps dis-enable the control of ones sex urges with particular combinations of these magnets?

Now that'd be something; wouldn't it! 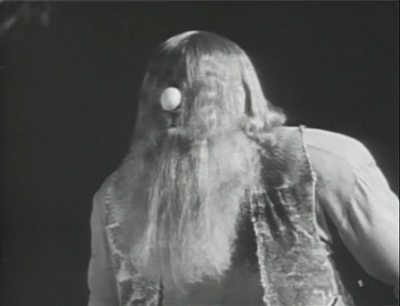 If magnetic fields can interact and change your brain doesn't that mean that it is possible for us to be controlled from afar. In fact, we may be controlled now without us even being aware.

Those tinfoil hats don't seem so stupid now, do they? 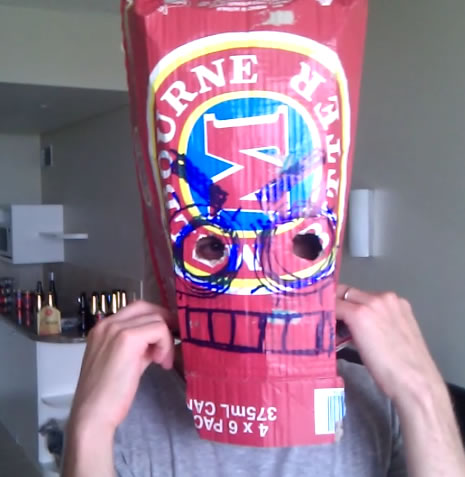 Some are resorting to unusual froms of protection against the magnetic-brain menace.

The thin calcium crust that is your skull is useless as protection against this kind of manipulation. They are probably working on it now; experimenting on us now. Didn't Mohammed Atta have something strange attached to his head that fateful September day?

Whatever is going on, the genie is out the bottle. No turning back. There is only one place this type of research will end up; mind control of the masses. The only question remaining will be whether you will be one of the controlled or one of the controllers.

Thank you and good night.

Xenox News shallocked by the Fuck You virus

Tuesday, 19 November 2002 By Pervis
Much to the dismay of thousands of regular visitors, Xenox News was disabled for over a week by the 'Fuck You' virus.

The origins of the 'Fuck You' virus are a little sketchy. Early reports suggest it first appeared in 1997 at NASA when it appeared on a screen in their Jet Propulsion Laboratory during the early stages of the MPF program. Software engineer Steve Stopler was using the Deep Space Network antenna to communicate with the Pathfinder when his screen went haywire, only to eventually re-appear with the simple message 'Fuck You' imprinted in the middle of the screen. The computer system had crashed and rebooting made no difference.

Read more: Xenox News shallocked by the Fuck You virus 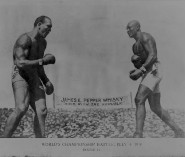