Home  Science/Tech  Images of the Body  REVEALED AT LAST IN 3D: THE PENIS OF CHRIST!

REVEALED AT LAST IN 3D: THE PENIS OF CHRIST!

Recently scientists have utilised the Shroud of Turin to construct a 3 dimensional image of Jesus Christ. These images throw into sharp relief the look of pain and suffering he had after his afternoon on the cross. Scientists working at the Xenox Institute were able to gain access to some of the raw data from the original simulation and use it to reconstruct the pecker of Jesus as it was at the moment he was wrapped in the shroud and put into Joseph’s cave.

Amazingly the 3d image of his genitalia reveals that the son of God was truly half man-half God; with the God bit stopping at about the wrist. And it appears that the crucifixion was more than a spiritual experience for JC – evidence from the 3d image shows that he may have had a boner at the time of his death!

It seems our Saviour was a bit of a kinky bastard 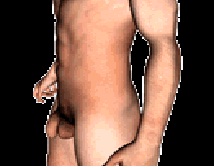 Professor Williams from the Xenox Institute says that they plan to recreate Christ’s pecker in plastic and sell it to the faithful.

NEW OSAMA TAPE TARGETS AUSTRALIA: "I WANT TO FUCK SIMPSON AND THEN HIS DONKEY!"

HE IS BACK AND STICKING IT UP GEORGE DUBYA!

PROTESTING FOR A NIRVANA - A NEW AGE FOR TIBET