Home  Local  Trust the Rodent on his "record"?

In his rush to create a diversionary smokescreen around the parliamentary introduction of his iniquitous Industrial Relations "reforms", the Prime Minister has apparently undone a year-long operation by state and federal police targeting "terrorist suspects".

So much for his concern for acts of domestic terrorism! Does anyone really believe the sudden "urgency" trotted out this week by the PM, to coincide with the most blatant attack o­n the working rights and conditions of Australians, was anything more than another of his mean and tricky political ploys?

Is there any essential issue - national security, I.R., immigration, health, education - that Howard won't sacrifice o­n the altar of his own hubris?

Trust John Howard o­n his "record"? Yes? In that case, I have a certain bridge in Sydney Harbour you may be interested in purchasing! 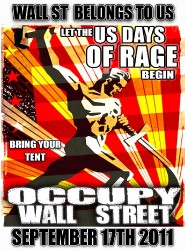