Australian PM John Howard announced today tough measures to strike at the Islamofascist terrorist menace that hangs over the freedom-loving people of Australia.

In a bold move he plans to attack not only the terrorists but also those that spread their hatred by incitement.
Right on cue the usual chorus of latte-sipping lefties have bleated their opposition to the 70-year-old PMs move; decrying these moves as being a break on their 'civil liberties'.

Well wake up you Osama-loving fools! Do you think your local Muslim fanatic gives a toss about your civil liberties? Of course not! All they want to do is to exploit our freedoms so they can try and enforce their barbarous philosophy on the rest of us by their bloodthirsty acts of violence.

Once again the elder statesman of freedom and democracy PM Howard has stamped his authority in the fight against terror. He knows that by only acting pro-actively can we confront and destroy this menace. And he knows he has the backing of mainstream Australians as they have continued to elect him and his government of freedom and free enterprise.

Hopefully these new laws will make those lefty terrorist sympathisers like John Pilger, Noam Chomsky, and Xenoxnews resident rabble-rousers Max Gross and Chato, think again before they publish one of their bile-filled anti-American tracts. We can’t let this War for Freedom from terror to go the way of the Vietnam War where treacherous acts by the left stabbed our brave soldiers in the back! 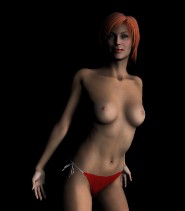 An Irishman goes to the Doctor with botty problems....