Home  Local  NEW OSAMA TAPE TARGETS AUSTRALIA: "I WANT TO FUCK SIMPSON AND THEN HIS DONKEY!" 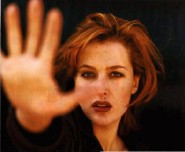 NEW OSAMA TAPE TARGETS AUSTRALIA: "I WANT TO FUCK SIMPSON AND THEN HIS DONKEY!"

Created: Saturday, 27 August 2005 Written by Man in the Street

An outraged Australia has awoken to the news that their country has been singled out by Terrorist Tyrant Osama Bin Laden in his latest tirade on Al-Jazeera terrorist, sorry, Arabic TV.

"I have heard of your Simpson and his Donkey; I tell you I and my followers will fuck their asses red raw for Allah if you attack my fellow Muslims in Australia”,
said the bearded bastard in his Iranian hideaway,

"We have spared your pitiful country so far but don't force us to do nasty things to you!"

He then urinated on an Australian flag; a very difficult thing for him to do because old osama has only 5% kidney function.


And then we realised it was just the same PR release we had received from the PMs office after the London bombings.

Later, gay education Minister Brendan Nelson led hundreds of Aussies in a show of bravado outside the local Mosque and burnt it down.

TSUNAMI WILL HIT THE ECONOMY OF THE REST OF THE WORLD

Osama Bin Laden: How the U.S. helped midwife a terrorist