As the Senate takeover by the mean and tricky government of Germ W Howard PM looms ever closer, the latest Budget attempts to appease an already dumbed-down, know-nothing nation with tax cuts for the rich and a kick in the teeth for the poor. Having already dumped an "absolutely rock-solid, iron-clad' pre-election pledge to expand its Medicare "safety net", the Howard government has trotted out that spineless, lame-duck of a Treasurer Peter Costello to "deliver" his 10th Budget and yet another turn of the inquisitor’s screw for society's most vulnerable.

And if you're wondering where that record Budget surplus of some 10 billion banana bucks has come from, you obviously don't send your kids to a public school, or have ever needed treatment in a public hospital!

Recently, one of the Rodent’s raving, ranting minions’ indignantly proclaimed that 25% of welfare recipients are frauds. Service providers who actually have to deal with the government’s destructive community policies dismiss the figure as a gross exaggeration.

Salvation Army spokesman John Dalziel says non-compliance rates are "below three per cent" and "they often have very good reason for their attitude."

Well, we all know that the rate of fraud and deception in the rank Rodent's government ranks is a bloody sight more than that!

Having lied about the rate of welfare "rorting", Germ Howard has used Costello's Budget to attack single mothers, Australians struggling on disability pensions, and older, long-term unemployed workers, with punitive, ad-hock measures designed to force them off welfare and into the gutter to die.

Yeah right Mr Prime Maniac, you try applying for job after job, year after year, and getting knocked back time and again, only to be hounded by government bureaucrats chanting the "dole bludger" mantra.

As for single mothers, Germ Howard's attitude is obviously "If you're married you can stay home. If you've left your husband, find a job or suck my dick."

Can't you just see our caring and sharing Captains of Industry and Fat Cat corporate bosses with open arms ready to provide meaningful jobs and living wages to the disabled, single mothers with child-caring responsibilities, and older (often retrenched) workers who have already been beaten down by this callous, cold-bloodedly elitist Tory government and its policy of penalty? 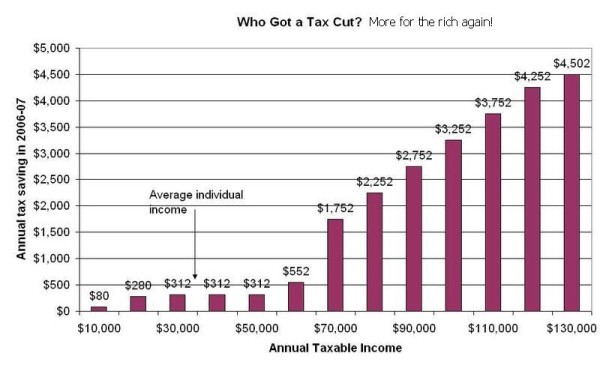 As Ross Gittins points out in the Melbourne Age, "It's a rich man's delusion that loads of able-bodied welfare beneficiaries are happy living on a pittance and sitting around watching day-time television for the rest of their lives".

The fact is, almost every one of the 1 million or so extra jobs created since 1990 have been casual or part-time. That's what the Rodent's rabid menagerie of Tory tit-suckers describes as a "flexible" workforce.

And with actual unemployment probably double the government's offical rate, one wonders what in-bred lunacy drives the Germ and his ilk to abuse, humiliate and penalise society's fair dinkum battlers (as opposed to the Germ's rhetorical version).

At least there's some consolation in the fact that with the extensive income tax cats to those who earn the most - and a few crumbs ear-marked for middle-income earners - interest rates are bound to rise sooner rather than later.

And then, baby, let it rain, let it rain! See what happens to our consumer-lead economic miracle then! Balance of trade figures are shithouse, foreign debt is at an historic high, and the whole bloody country runs on credit card debt!!

But perhaps the usual veiled threats directed at the Reserve Bank will have more impact once the Rodent seizes Senate control and Australia's precious parliamentary democracy becomes little more than a rubber stamp for the whims of a mean, tricky and cruel old man determined to hang on like grim death to the Prime Ministership he had lusted after for so many, many years while languishing in the political wilderness.

As for our embarrassing, politically castrated Treasurer, in a government replete with hacks, robots and laughing stocks, he’s never looked more bloody ridiculous.

And Australia has never been so bloody hopeless.

This was Max Gross for xenoxnews.com, expecting Costello to soon retire so he can spend more time with his family! 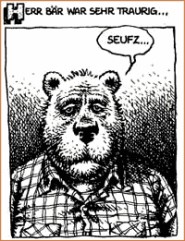 The wound on my face makes a pillow for my nightmare

FRANK REMARKS FROM THE LEADER OF THE OPPOSITION...