THE RODENT’S NATIONAL EDUCATION STRATEGY: NO FLAG, NO FUNDING!

SUPER-SIZE THIS: SUCKHOLE UBER ALLES!
A flag-pole shoved up every Aussie kid and enforced “exercise” regimes to stem the flood of young fatties, but – contrariwise - advertising for destructive fast-food during kids’ TV viewing times gets the Oz PM’s tick of approval. Under legislation to be introduced by the Howard regime to federal parliament tomorrow, every Aussie school must have a “functional” flag pole or will be refused additional funding.

Schools will also have to enforce a minimum of 2 hours of “exercise” every week for primary and junior high school students.

Xenox News is still waiting for confirmation from the PM’s office re just exactly what defines “exercise”. This reporter suspects it has something to do with bending over and spreading one’s cheeks. And smiling a lot.

In a spooky replay of nazi Germany and the communist Soviet Union, mandatory flag-waving and “exercise” are just 2 of many new conditions attached to $31 billion in “new” Commonwealth school funding.

This new “new” funding was previously announced in March.

Under the Rodent’s latest ideologically-driven corporate plan, school principals will also have greater say in who will teach in their schools. In other words: no lefties, greenies, or poofters, or else NO FUNDING!

The PM claims his policy is “parent-driven”, and he has rejected alarmed criticism that forcing schools fly the Australian flag – still blighted with Old Blighty’s Union Jack - is old-fashioned.

The PM has also rejected expert assertions that the Earth in NOT flat and the sun does NOT revolve around our shit-canned little planet.

"I don't think that kind of symbolism is old-fashioned at all," he said. Fuck no!

Xenox News agrees. The symbolism is simply l’i’l Johnny returning to his roots.

Well and why not, he’s certainly rooted the nation.

Interestingly, while he corn-holes the nation, he prefers to give his US mentor, the psychotic President George W Bush a saliva-soaked tongue job. One could argue the individual merits of this sort of political discourse and social policy, but then you wouldn’t receive any additional “additional funding”!

Get in line or die in a gutter, voters! That’s the word from Australia’s rabid Tory Mighty Mensch. Coincidentally, it’s pretty much the same vile bile that vomits forth from the gibbering maw of the poisonous Shrub in the Oval Orifice. Whew!

In a strangely independent frame of mind, the Rodent continues to muse over the mystery date for Australia’s federal poll, unlike the Pretzel Prez, stuck as HE is with a fixed election date. How un-democratic!

But, like it or not, Johnny, there’s a great big, stiff flag-POLL rising just for you!

No Union Jack-off, no Stars and Strips!

Isn't it about time Aussies gave a brown eye for the small fry? 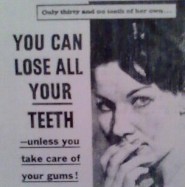