Thousands of peace loving Melbournians flocked to city streets in a show of support for Saddam Hussein's regime. Shouting slogans decrying Prime Minister Howard's tough stance against terrorism, the mob blocked traffic for over 2 hours. Protesters were seen burning US flags and holding banners insulting United States President Bush.
Wise cracking observers noted that the last time the Cities IQ was so low was during the pro-communist demonstrations against the Vietnam war.
"It is interesting that when it comes to backing Australia's brave fighting men and women the latte lovers will always let their anti-Americanism stand in their way!" noted an interested motorist to this correspondent. He had been blocked in Collins St for over an hour waiting for these drug addled fools to have 'their say'. Another told me: "One thing you can guarantee is that when this many peaceniks get together a whole lot of nothing is going to happen!"
And he was right. Speaker after speaker hurled abuse at the US, UK and Australian governments for trying to remove weapons of mass destruction from terrorist hands. And did they offer any constructive advice? No. Only appeasement and virulent anti-Americanism!

And our PM's response:
"Dial a crowd losers!"

Good on ya John! 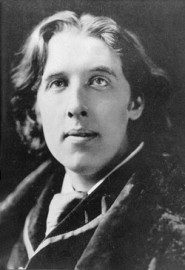 THEY CHOP OFF HEADS...

"I couldn't get a job with CIA today. I am not qualified"