Documents and memo's recently uncovered from several major tobacco companies implicate Jeff Kennett and Nick Greiner as having large and lengthy complicite involvement with the cigarette companies attempts to change laws favouring the promotion and marketing of cigarettes. A wealth of insider documents has been uploaded to two US web sites and Jeff is featured heavily in tobacco company memo's and communications according to a report on Radio National today.

One such involvement suggests that Jeff attempted to aid the tobacco companies preference for European type health warnings on cigarette packaging as opposed to the heavier requirements that were pending introduction. These plans were later thwarted when the branding requirements and warnings were made federal law.

The documents uncovered also showed much proof of the tobacco companies marketing prcatices and methods that made smoking cigarettes more appealing to both women and children as well as many internal directives to destroy documents that might be damaging to the companies in a legal context.

Unfortunately for the cigarette companies there is obviously a very large cache of their most sensitive information now widely available. 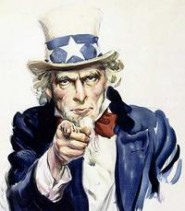 Xenox Radio spritzers onto the airwaves once again

The shame and sorrow and bliss, of the recycled sewage kiss