Home  Local  There's a Smell in the Air and it Ain't Roses! It's an Election!

There's a Smell in the Air and it Ain't Roses! It's an Election!

Resident Rodent PM John Howard’s end may come sooner rather than later and have little to do with a November federal election.

As the pork barrel rolls out and an increasing stink emanates from Canberra, there are more than a few economically rationalised Aussie battlers praying that the Russian MIR space station veers from its controlled path of descent and instead lands o­n the sweaty brow of a certain grey, little four-eyed political dinosaur called Johnny Rotten to-the-Non-Core Promise, aka Retro Man.

With luck, the debris will then ricochet and take out the rest of that motley crew of corrupt coalition millionaire Government ministers and clear the decks for Big Bad Kim, the man most unlikely and who – as former Defence Minister under Count Keating - o­nce threatened the even-then castrated ABC for daring to criticise the US military-industrial junket in the Persian Gulf that preserved the non-elected Kuwaiti regime while blowing the shit out of the non-elected Iraqi regime.

If there is light at the end of the tunnel out there in the wasteland of the ACT, it must surely be glowing between the thighs of spotless Princess Natasha Stott Despoiler.

And yes, this time, Max will vote 1 for the girl-most-unlikely!

Life shrinks or expands in proportion to one's courage. 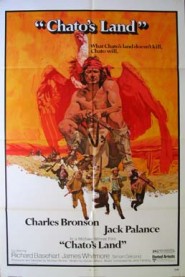 It's not politics, it's business!