He was always going to be at the front of the queue.

And he was always going to ensure it was a well publicised media event about himself.

He received the so-called Pfizer vaccine, purportedly ‘to build public confidence in the safety of the vaccines’. But most Australia’s will receive the arguably less affective Astra-Zeneca vaccine!

Before his little charade, he sat alongside 85 year old Jane Malysiak, the actual first Australian to get a shot, and raised his hand in a V-for-victory gesture, urging the poor woman to do the same. She had difficulty doing that, her hand shaking – probably arthritic, obviously painful – but managed a reverse V, in the manner of Churchill.

That wasn’t good enough for Morrison who suddenly grabbed her hands and tried to force the gesture he wanted for the cameras.

The look of shock and pain on her face! 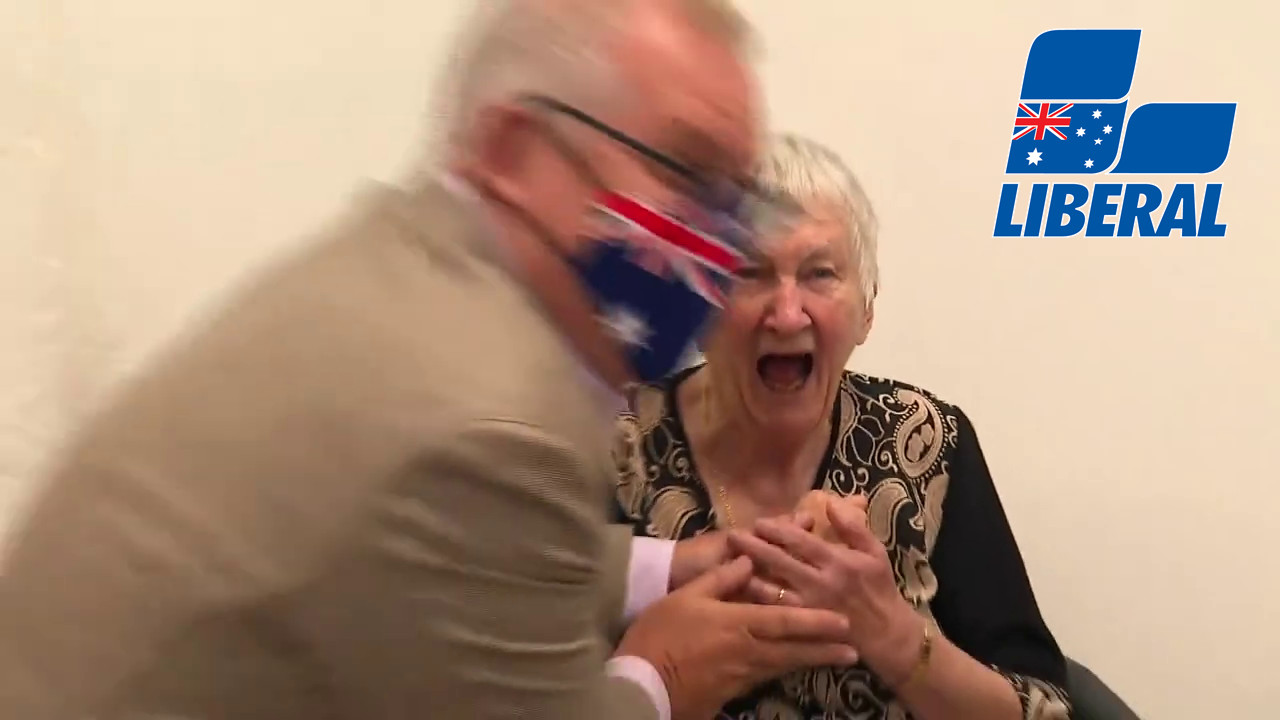 While Morrison just sat there clutching her hands and no doubt grinning behind that absurd Aussie flag mask he wore!

What a fucking creep. 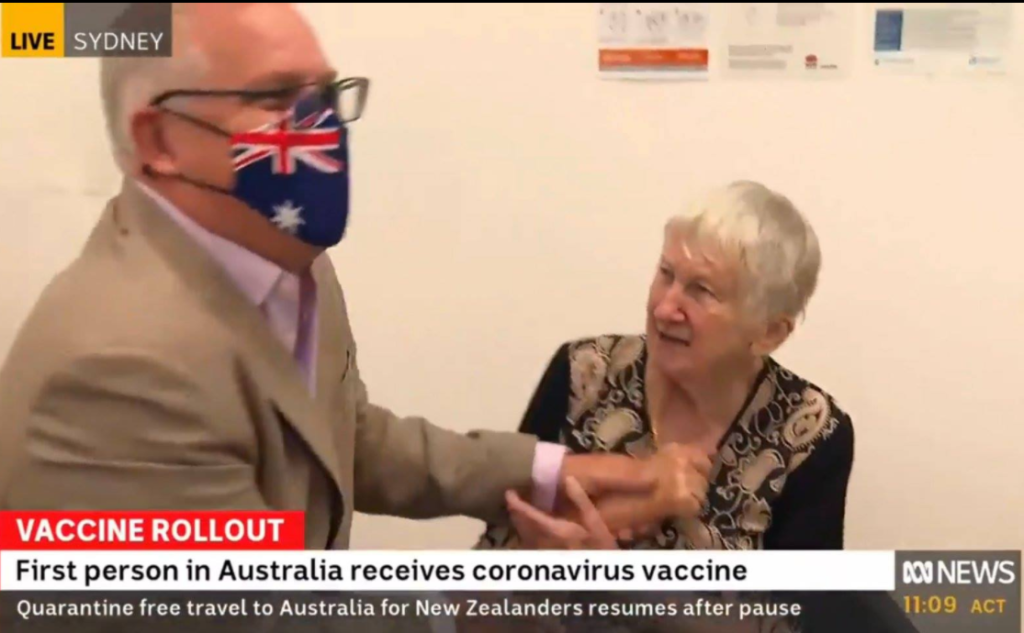 "By and large, language is a tool for concealing the truth."

PAYING TOO MUCH FOR PETROL?

THE HOWARD! THE HORROR!