Home  Local  BURNING DOWN THE HOUSE

BURNING DOWN THE HOUSE

LNP scorched earth agenda ramps up after scraping back into government

Raving reporteur for Xenox News, Max Gross, strikes back after two weeks of lying under the dining table in abject despair amid the post-election blues!

There is a scene in Beneath The Planet Of The Apes where the last surviving “intelligent” humans are praying in the nuked remains of a cathedral and, in a moment of awful revelation to the long-suffering Nova and Brent as a nuclear missile rises from a silo underfoot, pull their faces off to reveal the grotesque, skinless reality beneath human-looking masks: these “humans” are deranged mutants intent of destroying the entire planet and everything on it.

That’s precisely how I felt when early on Election Night it became obvious that not only had Labor lost the “unlosable election” but that interim PM Morrison – the cack-handed Pentacostal nutter, that smug, barking, smirking used car salesman and interim leader of the raving rightwing wingnut LNP – had won.

My fellow Australians were revealed as grotesque freaks intent on destroying the world. 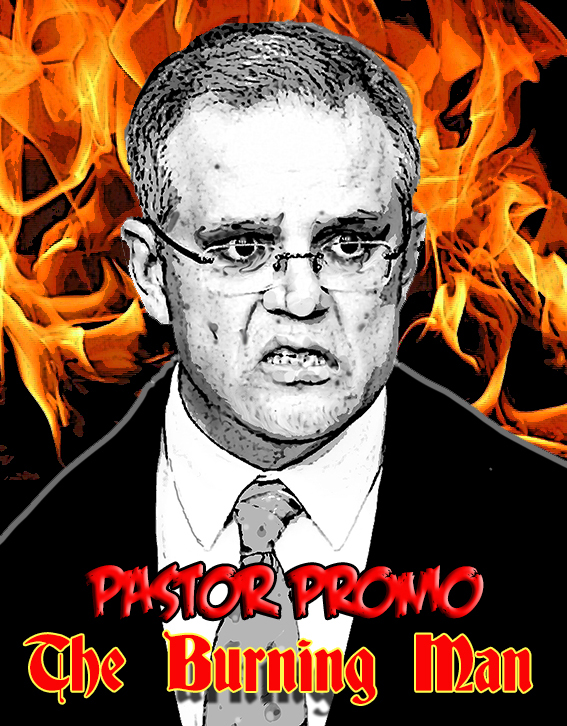 It has taken me two weeks to renew an interest in online political commentary but I still don’t have the stomach to switch on the TV for news or current affairs.

Hope died on May 18. Six years of LNP mediocrity and corruption were rewarded by gullible and lazy voters.

I was exhausted. Drained. Spent. My instinct was to retreat to my bunker. Go underground. Hibernate. I had no inkling of how long.

Australia had voted to go to Hell.

But I realise now that there was NO massive LNP victory. So far, they have won just one more seat than they did during interim PM Turnbull’s fizzer tenure where ALP gained, what, 14 new seats?

What’s more, Pastor Promo’s sham government was elected with “one of the lowest voter turnouts since the advent of compulsory voting.”Far from buying the snake oil, voters turned away and switched off.

Hardly a landslide, much less a “sensational” mandate to continue with dirty deeds as usual and whatever the feck the LNP and IPA please.

It was - as Lara Tingle put it - a "near-death experience" for rhe LNP COALition.

So, here I am, tapping away at this wine-spattered keyboard again because even though the battle was narrowly lost, the war continues.

And the dangers remain: Murdoch’s mass media stranglehold, the insidious IPA and the crooks, creeps and crackpots of the dysfunctional LNP “Coalition”.

Oh, it’s war alright. A war fought from the top down. It was declared in 1996 by the Lying Rodent.

So… deep breath and once more unto the breech!

I for one reckon we have just witnessed massive electoral fraud as a consequence of the Merde Orc global agitprop machine, slippery Clive Barking Mad’s cash splurge, LNP dirty tricks and a the conceited pressitutes who serve their masters as stenographers rather than as journalists.

We all know about the fake How-To-Vote information touted by LNP candidates but the AEC has discovered 87 breaches of election laws but will not and cannot do a damned thing about it because it simply does not have the authority. 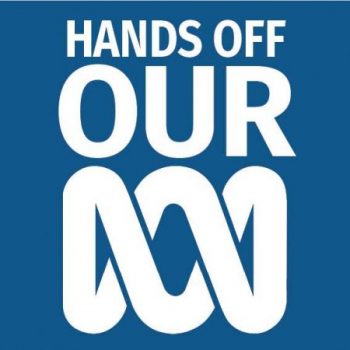 This is what you have just voted for: the ABC privatised, pension eligibility raised to 70, deficit sky rocket, no increase to below poverty NoStart, more Hell for refugees, increasing nightmare for the poor and marginalised, more brazen LNP rorting, rooting and ransacking, more suicides and death as a direct result of government whim and ideology.

And burning, lots and lots of burning.

With reports that “Australia is one of most vulnerable countries to climate change, since much of it is already very hot and dry — and so much of its population lives along the coast, which is threatened by rapidly rising sea levels”, we are assured that many things will be burning more often and for longer periods than ever before. 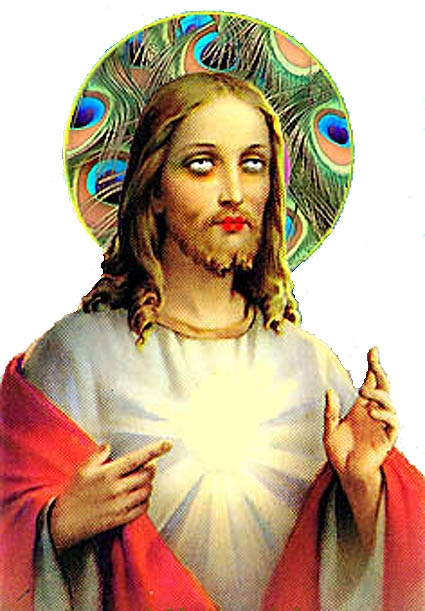 And with Morrison’s “new dawn” for religious freedom about to be unleashed upon our otherwise secular country, it seems LNP will introduce Shariah Law to keep those fires of zealotry burning.

The Taliban and ISIS will be pleased!

Pastor Promo is a member of an extremist religious cult that even other Christians are repulsed by.

His cult – Pentecostalism – are selfish fanatics who KNOW only THEY are destined to “go to Heaven” (The Rapture) while everybody else WILL burn eternally in “Hell”.

The poor are poor because they are not worthy.

The wealthy, privileged and powerful are so because”God” favours them! And the government has already said it will enforce “religious protection” aka increase discrimination and bigotry.

With a conceited religious fanatic now confirmed by voters as prime minister, the next three years will be even worse than the past six.

As Loz Lawrey wrote in his razor sharp analysis Dismantling Australia’s Decency just a few days ago: ‘Lies and misrepresentation have been blatantly deployed with ever-increasing arrogance by successive Liberal/National Coalition governments, from Howard’s “children overboard” (2001), to his “which party do you trust to keep interest rates down?” (2004) (nb. governments have no control over interest rates), to Abbott’s “no cuts to the ABC or SBS” (election eve 2013) to Morrison’s “Labor death tax” (2019).’

But despite the gloom and clear and present danger, there are glimmers of light.

Julie Bishop, Minister for Polo and Fashion Accessories is gone. Christopher Pyne, Minister for Chewing the Furniture is gone. Both jumped ship prior to the election fearing a Labor victory.

Let’s face it, not even Morrison – for all his smug mugging for the cameras and holier-than-thou barking – really expected the LNP to cling to power. 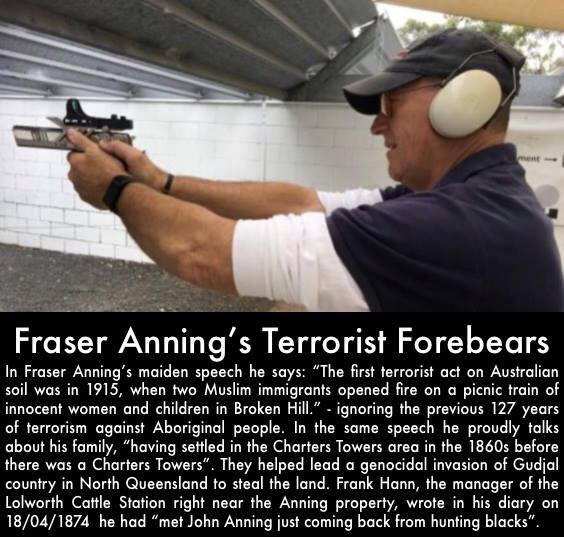 Other good news amid the smoking ruins sees the end of Jackboot Anning, the accidental senator and Nazi aspirant, gone but no doubt intent on festering in some shallow White Supremecist cesspool.

And then there’s the Wanker from Warringah, ejected by his own electorate after 25 years of wrecking the joint. For his efforts Tony Abbott now gets an annual pension of $307,542 as a former prime minister, a raise of more than $100,000 on his poor widdle backbencher’s salary.

Should I mention Malcolm Turnbull, the Great White Hope, sulking in luxury as newly minted senior adviser at a New York-based investment firm? His only legacy as PM is the sabotaged NBN. Historians will note his brief and pathetic tenure as a damp squib.

But there are the ongoing insults to intelligence and propriety and any semblance of public service (for THAT is what these privileged ratbags are: public servants!): Stuart Robert, Angus Taylor, Sussan Ley, Bridget McKenzie, Michaelia Cash, Tim Wilson and Melissa Price, Porter, Christensen, Canavan, Cormann, Frydenberg, Hunt, Tehan, Littleproud and the execrable Barnyard Joyce. And now the repugnant racist Jason Wood and mediocrity Richard Colbeck.

WHO? you ask. Who the feck is Colbeck? Who the feck knows but, aged in his 60s, he is Pastor Promo's pick for - wait for it! - Minister for Youth!

And, worst of the toxic dumpster fire, the monstrous Dutton, returned with increased local support.

Seriously! WTF is WRONG with the people of Dickson?

One thing I’m sure of. The LNP waved through that recent boat load of Sri Lankan asylum seekers and secretly held them on Christmas Island (Secret even from the Shire President and residents of the island) in the hope of springing them on a reelected Labor government, orchestrated no doubt by Obergruppenfuhrer Kartofelpuffer, the genius who secretly traded two accused terrorists, rapists and mass murderers imprisoned in the USA for a handful of genuine refugees Australia has held hostage for years.

And rumours suggesting that Dutton “has been in a great mood all this week walking around the office smiling” are as disturbing as just about anything that evil beady-eyed shite is involved in.

Two things that always make a little vomit rise into my mouth: Morrison’s smug smirk. And Dutton’s attempts at “smiling”.

The only question is when will Dutton plunge a dagger into the Happy Clapper Slogan’s Bogan’s back? 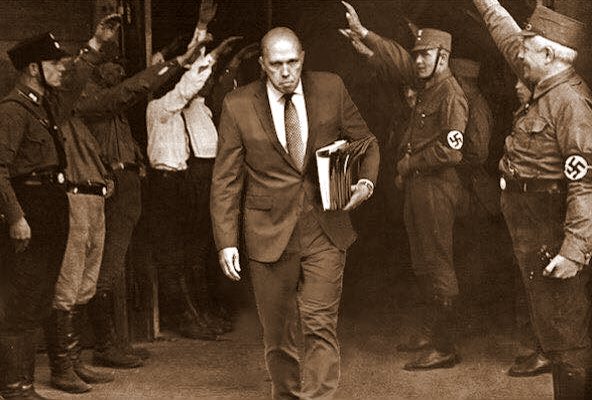 So, the LNP procession of mediocrities and redundants, of crooks, creeps, crackpots and con artists rolls on, crushing the weak and the unwilling underfoot like chaff in a windmill.

It’s a long and sordid list and I have neither the bandwidth nor the stomach to cite the lot.

In his final speech before polling day, the Liar from the Shire proclaimed “I will burn for you every day”.

The burning has begun.

Morrison has just changed the Department of Human services to “Services Australia”, transferring all operational responsibility from PM and Cabinet to this dubious new entity.

This is the final putsch.

Over the next three years not only Centrelink but the whole ball of wax will be privatised and all recipients forced onto those notorious Indue cards that funnel public funds into private LNP coffers.

All hands to the fire hoses, comrades! 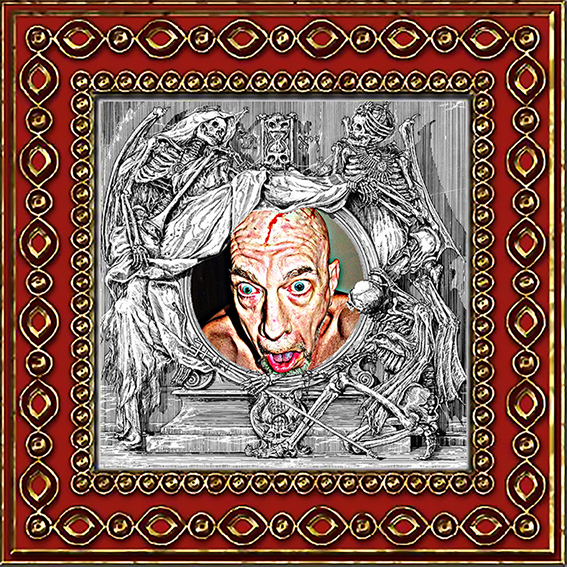 Courage isn't the absence of fear, it is the mastery of it.

REVEALED AT LAST IN 3D: THE PENIS OF CHRIST!

When will the Howard haters give up?

US admin begins to crumble from within

KICK OUT THE JAMS MOTHERFUCKERS!