Home  Local  CUNT COSTELLO BACK ON THE GOVERNMENT TEAT

CUNT COSTELLO BACK ON THE GOVERNMENT TEAT

The brand new Queensland Government is going to fork over $140 000 to the former Howard Government Treasurer to tell them what to do about the State Government finances.

What a bunch of dickheads.


Costello. Only ever good at receiving.


Fair dinkum, why would you get that lame Liberal turd Costello? This guy has leeched off the Aussie taxpayer for practically his whole working life. The only thing he has done since he and the rest of Howard's minions were booted out back in 07 is write the weekly wingnut rant in the Fairfax press.

The worst thing about this prick is that Newman will use him as cover while he fucks over the Queensland public service. You can be sure that by then Costello would have scuttled back home; with $140k in his kick and not given a damn about anything else. 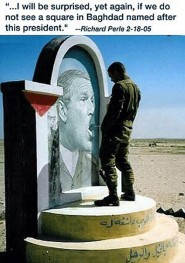 I followed this ass into work today

THE MEANEST ARSEHOLES OF AUSTRALIAN SPORTS

Australia WHO screwed you last night???

Who should Come first?