Created: Friday, 09 May 2008 Written by Ricardovitz


Kevin Rudd and his Federal Government are formulating a plan for a formal apology to the Aboriginies who lost their land during fierce attacks and raids o­n European settlers, according to the Australian Psychological Society.   The ASP is also demanding reparations amounting to more than 7 Billion Dollars.  Large areas dedicated to mining are also being considered as part of the repayment plan."The APS is committed to respectful relationships with Aborigionies, and believes a national settlement for accepptance of an apology is an important first step towards this goal," said APS President, Amanda Gordon. "The value of a heartfelt apology is nice, but a true opportunity for forgiveness can o­nly be recognised in both Western and Indigenous cultures coupled with income producing land and Australian Dollars.  o­nly then will the meaning of the word "sorry" ernestly enrich our mutual understanding." The APS Ethical Guidelines recognise that Indigenous people, both individually and collectively, have been deeply impoverished by the European settlement of Australia, particularly by policies of forced assimilation and  removal following their defeat in the Aborigional wars. Consequently, psychological solutions to present-day issues confronting Indigenous people are likely to be useless unless political, legal and monitary solutions for the restoration of their cultures and individual human rights, privileges and dignity are also found. "The APS gives unequivocal support to the need for reparation of relationships between Aborigionies and Indigenous people, to actions which, in the view of Indigenous people, restore their human rights, and to informed attempts to address the substandard living conditions that exist in many Indigenous households and communities, "said Gordon, "of course we do take a small commission for all of the work we've done o­n their behalvs."

It's called the American Dream because you have to be asleep to believe it. 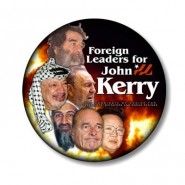 Why Did the Chicken Cross The Road? - the Latest Version