But Howard will soon find I ain’t the only one that likes to spend nights alone with the computer. He will have a real fight on his hands as the silent majority of those that use their hands for self-pleasure rise up and explode onto the political scene in an endless parabola of glistening white political fury.

Johnny we are going to make a mess even kleenex won't be able to handle.

You and your sanctimonious bunch of wowsers should wise up; Aussies like wanking and there isn't a damn thing you can do about it. 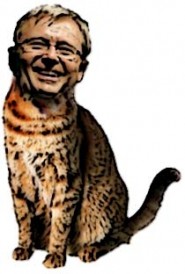 At last, some good news.

I ARRIVED ABOARD A COSMIC CHARIOT...