The last few months has seen Australia in an interminable faux election campaign between current PM 70 year old John Howard and his mini-me ALP leader Kevin Rudd. Each day the airwaves and netways are filled with their posturings, their rantings, their focus-group crafted messages of why they are better than the other. We even have them cavorting to the whims of the loony born again Christian lobby group.

But it is truly a farce. In reality there isn’t a lick of difference between the two. They both are faithfully parroting the line of the people who really control the country. The business leaders, the media barons, and the Freemasons. I have long thought that our democracy was over rated. What we really need in Australia is a new way of governing. Something that keeps the hoi polloi under control and let those that know what is best govern. And I think I have found an ideal model of this type of government: Chinese Democracy.

The Chinese Government long ago abandoned communism as their credo. Instead they have forged an entirely new way to rule a state. It combines the glory of capitalism with the innate docility of the general population. It has seen their nation rise from backward pariah state to one that now has the rest of the world trembling.

What have they done?

Well first they did not succumb to any of that “democracy’ madness that infests the west. They recognized that to entrust important decisions of state to the whims of the general population was a recipe for inaction and disaster. They have allowed their people to sample the wonders of capitalism without allowing them to have a say in it. And their people love it. It gives them all the benefits without any of the responsibility.

Now, of course, China’s billions have needed some distraction to keep their eyes off the prize. A compliant media, Olympic Games, space rocket launches, and the occasional shooting of a mid level Government official have all helped the Chinese communist party to rule. They know the average Wing Chung Bing won’t care about whose running the country as long as there is food on their table, some sport on the TV, and the occasional gratuitous violent execution in the name of law and order. It really isn’t rocket science and you would think that the purported leaders of our nation would take notice of this.

I say that the Australian political scene is ripe for a change. The two major political parties are moribund and lack any new ideas or vision. Chinese Democracy offers us a new way in Governement. All it would take is some notional Government of National Unity between the Libs and Labour.

Perhaps after some national emergency.

The average aussie dimwit wouldn’t mind; in fact I reckon the vast majority would welcome it. As long as they are kept fed their Middle Class Welfare it would suit them fine.

And after a few years of this Unity Government I’d imagine the powers that be could say that there was no longer the need for elections because they knew the Government of National Unity represented the wishes of all ordinary Aussies. And besides, the footy was on TV, and we wouldn’t want the people to be distracted by an election!

It really would be the perfect form of Government for Australia. We could have Government announcements by shock-jocks.

Why not? They already run the policy agenda in our glorious nation.

What of the State Governments? I think they could serve as useful dupes for the occasional outrage by the general public. Shooting a few Premiers or State Ministers would re-assure most people that the national Government is on the job.

We may as well face the fact that western democracy is a flawed system of government. It is failing Australia and allowing the idiocy of the lowest common denominator to ruin our way of life. Let’s try something different. Something that will allow those that know how to rule get on with the job.

And I am ready to take up that job.

Constant revolutionizing of production distinguish the bourgeois epoch from all earlier ones. All fixed, fast-frozen relations, with their train of ancient and venerable prejudices are swept away, all new-formed ones become antiquated before they can ossify. All that is solid melts into air, all that is holy is profaned, and man is at last compelled to face with sober senses, his real conditions of life, and his relations with his kind. 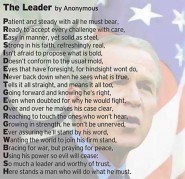