It's nice to see our sharing and caring Prime Venom John W Fuckyouall welcoming yet another infected rat aboard the Tory Titanic, even as other Liarberal pests and parasites are abandoning the rotting vessel. Yes, Johnny likes nothing more than screwing everyone he can, friends and foe alike, so no surprise to see the thorough rooting he's giving that blistered rump in the Government Coalition, the Nationals, aka the Troglotytes.

And apparently there's more than one National willing to swap parties and join the Rodent's inner ranktum!

Come on Barnaby, show some real guts and hit the Rodent where it hurts: in the fucked fucken Senate!

They make a desert and call it peace. 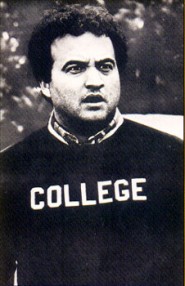 The Battle for Middle Oz

Chuck is a nice bloke? XN makes a public apology.